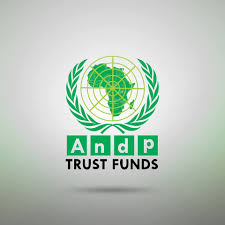 African Nations Development Programme (ANDP) in partnership with the Bauchi State Government is to build 5000 houses in form of new cities in remote places for the less-privileged and indigent people in Bauchi State.

While speaking at the inauguration and groundbreaking ceremony of the new cities at KM 5, Ningi Road, Bauchi yesterday, the Country Director of ANDP, Eze Ifeanyichukwu, explained that the initiative would bring to the people of the state 5000 fully detached two bedrooms bungalows.

Ifeanyichukwu who disclosed that the programme was already at work in Cross River, Kwara, Benue, Ebonyi and the Osun states, said that the houses would be accompanied with infrastructures such as primary and secondary schools, health centre, farmers market with open lockup shops, sports arena, skills acquisition centre, Police station and so on.

The ANDP Country Director further said that the project was to create cities that could sustain themselves as well as produce good leaders of tomorrow through better orientation and good environment.

He said that the project, which is funded 100 per cent by World Nations Development Programme Initiative (WNDPI), was to create the new cities in remote places for the less-privileged would enable children of the beneficiaries to access a good education in a good and suitable learning environment.

According to him, “The second phase of this laudable programme shall include training and empowerment of the occupants of this new city with agricultural practice and skills acquisition. Most importantly, provide a marker for their produce locally and internationally to enable them to maintain a standard livelihood and contribute positively to Bauchi State economy.”

In his remarks, the Director General of ANDP, Ambassador Samson Omojuyigbe, who was represented by Mr. Babatunde Kuye, commended Governor Mohammed Abubakar of Bauchi State, for the relative peace enjoyed in the state hence the reason the programme is taking place in the state.

Omojuyigbe expressed gratitude to the governor and the people of Bauchi State for providing a large expanse of land for the project.

The DG of ANDP assured that the 5000 house units would be completed and delivered to the state government within the next 24 months provided that land space would be made available.

In his speech, Governor Abubakar assured that his administration would continue to embark on the provision of houses to the citizens of the state at affordable prices.

The Governor added that so far his administration had completed all abandoned housing projects it inherited from previous administrations and ensured that the houses had been given out to the people.

Abubakar assured the ANDP team that the administration would continue to collaborate with well-meaning organisations and individuals to bring programmes that would improve the living standard of the people.

He then commended the ANDP for identifying the state among those to benefit from the project assuring that his administration will do everything possible to make the project a reality.

Also speaking, the commissioner for Housing, Umar Ibrahim Mohammed, said the project was a historic moment and a dream come true.

Mohammed said that the housing project was a milestone achievement among many projects initiated by the Governor Mohammed Abdullahi administration to improve the quality of life of the people.

He disclosed that the 5000 houses would be spread across 10 local government areas in the three senatorial districts of the state.