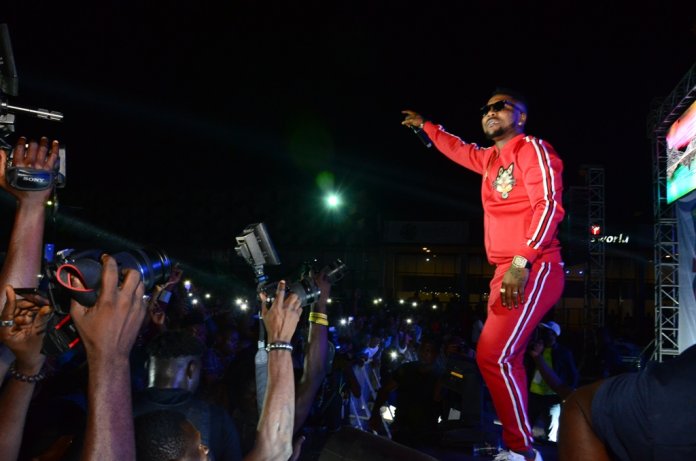 Fuji star, Pasuma alongside the ‘Double Wahala’ crooner, Oritsefemi and Teni the Entertainer gave  spectacular performances at the 40th anniversary of Trophy Lager in Ibadan recently.

Held at The Palms Shopping Mall, Ibadan, the entertainers got the lovers of the International Breweries brand that is widely accepted as the Honourable beer, dancing all through the night.

The Honourable concert kicked off with the superlative performance of OritseFemi who stepped on the stage with the audience screaming out his name. The artiste returned the compliment by greeting them and asking after their wellbeing before embarking on the business of the night.

He started his performance with his hit song ‘Igbeyawo’ with the reoccurring lyrics “Gudu gudu meje” — a song composed to enlighten the public on how serious the marriage institution should be taken right from the wedding ceremony. He then performed ‘Better’, a song which calls for a better society while also showcasing some of the ills and struggles the average Nigerian passes through on a daily basis. He moved on to the very popular collaboration he had with Black Magic titled ‘Pass you by’. As he delivered the chorus of the song “Baba God blessing nor go pass you by He go bless you sotay them go ask you why”, you could see the audience in their numbers raising one hand up to the sky while putting the other on their chest in an act of acceptance as they believed that it was a prayer being said for them.

The climax of his performance was when he delivered his most popular song yet ‘Double wahala’. The moment he shouted “Okpolo eye no be open eye”, the crowd went wild with excitement as if they had been starved of the song for a long time. They sang along with him and were very satisfied with his performance giving him a rapturous ovation when he took his leave from the stage.

Speaking after his performance, Oritse Femi said he understood the significance of the celebration of the Trophy brand. “Any brand that has spent 40 years in Nigeria has stood the test of time. Not every brand can withstand the rigor of the business environment in Nigeria. For Trophy to be celebrating its 40th Anniversary It was only natural for me to put in my best for my fans and of course for the consumers of this fantastic brand”.

Next up was one half of the duo Artquake who took the audience through songs such as ‘Abulelawa’, ‘Asiko’, ‘Farabale’ and the highpoint of his performance was the rendition of the hit single, ‘Alanta’ which got the crowd dancing the unique dance steps that was introduced to go along with the song.

Pasuma showed his dexterity at making songs as he performed songs off the cuff using the occasion and the audience to entertain everyone on stage. He performed with a live band to show once again why he is one of the most sought after musician in the fuji genre.

The highpoint of his performance was when he presented cheques of cash prizes to winners of the ongoing National Consumer Promotion by Trophy Lager tagged Honourable Millionaires Promo. Four winners emerged as winners of one million naira while four others won consolation cash prize of forty thousand naira each.

The rave-of-the-moment and ‘Askamaya’ crooner, Teni the entertainer stepped on stage as the first A-list female artiste of the evening. She immediately caught the attention of the female folks who danced raising their hands to the air. She lived up to her billing as a captivating artiste as she delivered her rave making singles ‘Fargin’, ‘Askamaya’ and ‘Case’.

The 40th anniversary concert train will be heading to Ilesa in the next few days. Trophy Lager is popularly referred to as the pride of the South-West that is deeply rooted in the region’s socio-cultural values and loved by consumers because of its distinctive taste and quality has remained a market leader in its category.

According to Godwin Oche, National Sales Director, International Breweries, “the concert is our way of appreciating our long standing consumers who have helped the brand by their continuous patronage. We wanted them to have this sense of belonging, have fun with the brand and make them know that they are the reason we are able to celebrate this milestone,” he added.

Tolulope Adedeji, Marketing Director, International Breweries said that the Honourable Millionaires Promo was initiated with the mindset of rewarding the loyal consumers of Trophy. “It is our way of saying thank you for staying true to our brand all these years. They are the reason we are in business via their unflinching patronage. On our part, we promise to continue to avail our consumers the best quality of brands in their categories in the market,” she added. 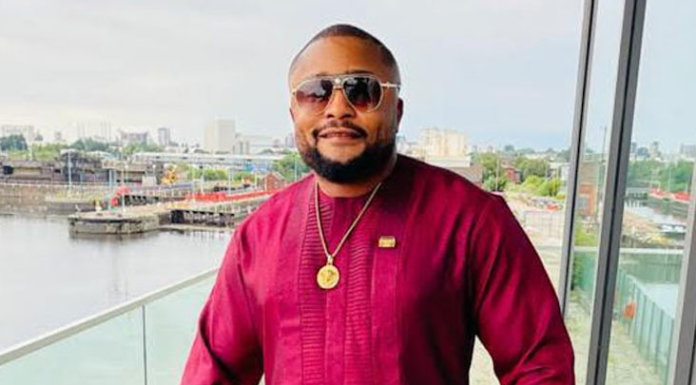