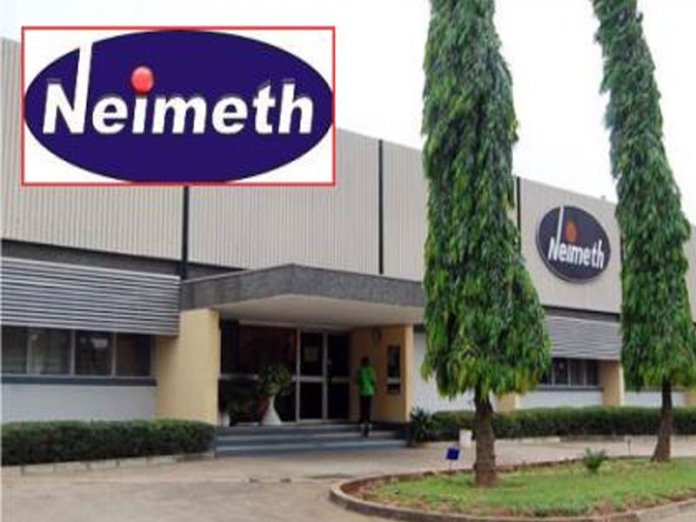 The Board of Neimeth International Pharmaceuticals Plc has recommended that the sum of N86,325,333.00 being part of the sum standing to the credit of share premium be capitalised and be used in paying in full 172,650,646 of the unissued ordinary shares in the capital of the company on behalf of shareholders. The bonus share will be in proportion of one new share for every 10 shares already held.

In notification to the Nigerian Stock Exchange (NSE), Neimeth said the shareholders to benefit are those, whose names would be on the register at the close of business on Thursday, 17th January, 2019.

Finance cost fell from N84 million to N76 million. The company ended the year with a profit before tax (PBT) of N202 million compared with a loss before tax of N404 million and profit after tax of N184 million in 2018, which is a recovery from a loss of N411 million in 2017.

Neimeth, which had a rough patch in recent times following the challenging operating environment. However, the Chairman of the company, Dr. ABC Orjiako, announced plans to overhaul the corporate structure of the company in such a way that it will refocus it for a meaningful and sustainable growth.

The company came up with three strategic imperatives to revitalise sales and generate more revenue, reduce costs and optinmise efficiency and transform the organisational culture towards a new Neimeth.

According to the company, new practices were adopted which contributed to better inventory management, production planning and coordination between manufacturing and sales activities most importantly.

Going by the latest results, the restructuring efforts have to yield fruits as the company has returned to profitability for the full year.

Meanwhile, the NSE All-Share Index fell by 0.35 per cent yesterday as the bears regained control of the market. Similarly, the market capitalisation depreciated by 0.35 per cent to close at N11.22 trillion, compared with the appreciation of 0.67 per cent recorded the previous day.

The depreciation recorded in the share prices of Dangote Cement, Zenith Bank, Lafarge Africa, GTBank and Seplat were mainly responsible for the decline suffered Wednesday.