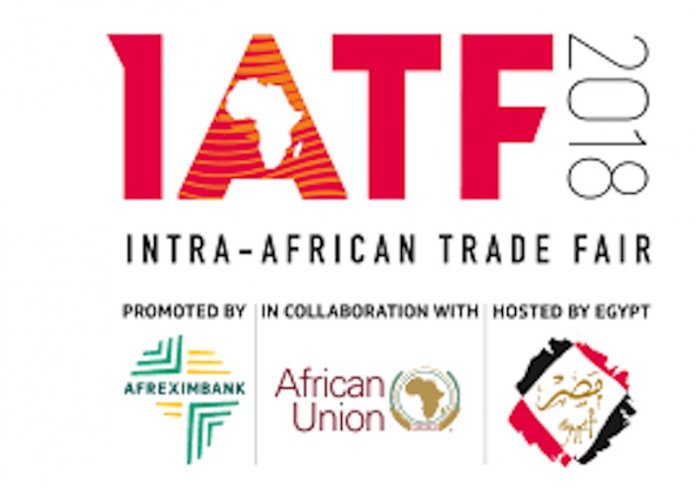 Jonathan Eze who is in Cairo, Egypt, for the maiden edition of the Intra-African Trade Fair and Exhibition, writes on the importance of promoting trade among countries in the continent

The creation of the first ever Intra-African Trade Fair is expected to enhance trade in the continent.
The 7-day fair showcased more than 10,000 exhibitors and hosted more than 70,000 visitors.
Those who attended the historic event were African Heads of States, Ministers, Central Bank Governors, CEOs, entrepreneurs, traders and small and mediums sized enterprises.

The Nigerian pavilion attracted exhibitors and visitors making it the busiest country stand in all.
The entire Nigeria team worked tirelessly to achieve the rare feat that earned the country accolades and sustained its leadership position in the continent.

Africa must forge ahead with the remaining technical negotiations for the African Continental Free Trade Area (AfCFTA) as African Union member countries continue to sign and ratify the agreement that is underpinning the continent’s belief that intra-African trade is the catalytic potential of the accord, the Economic Commission for Africa’s (ECA) Executive Secretary, Vera Songwe, said.

Songwe said the AfCFTA would help to address Africa’s economic challenges and allow for the greater, prosperous flow of trade within the continent.
She noted the gaps that currently exist in the modalities for trade in goods in the AfCFTA.
“What is needed is for our able technocrats and negotiators to see through the vision of our Heads of State, and bring the Agreement to an operative conclusion,” Songwe said, in a speech read by ECA’s North Africa Director, Lilia Naas Hachem.

“Yet in doing so, let us not cut corners; we must hold fast to the grand ambition behind this project. As we build on the momentum of the negotiations, and the landmark Heads of State Summit in Kigali in March this year, we must ensure that the final touches to the agreement truly deliver upon the liberalisation of our intra-African trade.”

In particular, she said, member states had agreed to liberalise 90 per cent of their intra-African trade, but still needed to decide how to deal with the remaining 10 per cent.

“Getting the AfCFTA right will entail ensuring that the approach to this remaining 10 per cent is appropriate for boosting trade. Our research at ECA implies that we should be ambitious in these matters, and that not only will a more ambitious outcome boost African welfare the most, but will also see the gains from the AfCFTA spread strongly to many of Africa’s smaller and less developed nations,” the ECA chief said.

ECA analysts estimated that by removing tariffs, the AfCFTA has the potential to boost intra-African trade by over half, and that with the elimination of non-tariff barriers it may be doubled.

“Intra-African trade helps support the livelihoods of the individuals beyond such businesses, but it also extends beyond that to the high goal of poverty reduction economic prosperity, and achieving the ambitions of the Agenda 2063 in realising an “Africa We Want”, as well as the Agenda 2030 of the United Nations, which strives for sustainable development in Africa and beyond,” Songwe said.

“Our work at ECA suggests that intra-African trade and the AfCFTA can do just this. It indicates that intra-African trade has a critical role to play in weaning our trade away from its dependence on extractive commodities, and towards value-added and industrial goods that better promote job creation and African industrialisation.”
The ECA analysis also revealed that even Africa’s smaller businesses can gain, by easing the constraints they face in trading, and helping them link into the regional supply chains of larger companies.

Small and Medium Enterprises (SMEs) currently representing Nigeria at the trade fair which ended yesterday, displayed very unique products that are peculiar to the country and became the centre of attraction.
The Executive Secretary, NEPC, Mr. Segun Awolowo, said the council sponsored over 55 enterprises to the fair as a way of promoting the country’s products.

‎According to him, “‎the council’s participation at the fair is in fulfilment of its mandate of promoting the development and diversification of Nigeria ‘s now oil export products/companies and expand their business/market, thereby increasing employment generation and wealth creation for our teeming youths.”
In an interview with some of the exhibitors, the ‎Chief Operating officer of Ruchim, producers of herbal tea, Dr. Funke Bolujoko, said the exhibition opened up businesses for the firms.

“As you exhibit, your products are displayed and it tends to increase the visibility of your product. Here people can come to ask questions and if they have marketing outlets in their country and you are able to make a deal with them, then comes the possibility of you trading with them,” she added.

Also speaking, the Managing Director of Gommeria International Limited, producers of Leather bags, Joanne Egboh said: “It shows that a lot of SMEs are doing well, but we will love them (government) to give us more enabling environment, what I mean by this is that, some of us here have personally grown our businesses without any financial backing from any of the financing institutions in the country, without any soft loan from anywhere “.
She however, called for improved capacity building among SMEs in the country.

Again, Gabriella Payre, representing Shea Origin Limited, producers of Shea Butter ‎and related products, said the exhibition has “been a vehicle for us to promote our products and it has been very helpful and enriching experience for us as a company.”
“Exhibition is good because it help other businesses to see what their counterparts from other places are doing so as to improve the content and even the packaging of their company, “she concluded.

At the event, Nigeria hosted its Country Day with the Vice President, Prof Yemi Osinbajo, leading a tour of the Nigeria pavilion and exhibition at the IATF 2018.
The country day allowed the host country to showcase and promote its trade and investment offerings across all sectors and industries, with a key focus on key sectors, investment and project funding opportunities.

In his address, Osinbajo said, “Nigeria places a high premium on the economic integration of the continent and has come to the IATF with a delegation that represents a wide variety of industries and goods, showcasing the rich diversity of the country.”
He said Nigeria’s digital economy was one of the fastest growing in Africa, with the technology sector contributing nine per cent of the nation’s GDP.

The vice president also lauded the country’s growing entertainment sector, noting that Nigeria’s film industry, the third largest film industry in the world, generating about $600 million annually and being a critical employment generator in the country.
The Nigeria Day opening ceremony was concluded with the signing of an agreement between Afreximbank and Nigeria for the Nigeria-Africa Trade and Investment Promotion Programme valued at $1 billion.

The NEPC and NEXIM signed a Memorandum of Understanding (MOU) under the Nigeria-Africa Trade and Investment Promotion Programme (NATIPP), to support trade and investment flows between the country and other African countries. The signing of the MOU was one of the highpoint of the fair.

Under the agreement, the president of Afreximbank, Prof Benedict Oramah, was expected to provide $1 billion Line of Credit (LOC), which will be disbursed by NEXIM Bank to qualifying beneficiary projects and transactions in support of Intra-African Trade and Investments.

According to the MoU, the fund is available to support growth of trade between Nigeria and other African countries with special emphasis on value addition, particularly in primary goods and commodities, with a view to enhancing local earnings and jobs creation. The fund is also available to support capital and investment flows as well as projects being sponsored by Nigerians in other countries.

While speaking during the signing, Awolowo, expressed optimism that the deal would boost the non-oil sector and export in the long run.
Managing Director/Chief Executive of NEXIM, Abba Bello, indicated that the deal would go a long way in boosting access of Nigerian exporters to investment capital and investment guarantee instruments, including SMEs, thereby promoting intra-African trade and increasing the volume of formal trade.

In implementing this programme, Bello said the Bank would be working with all stakeholders, including exporters/ prospective exporters, investment partners as well as other financial institutions, both domestic and foreign to realise the NATIPP Programme objectives.