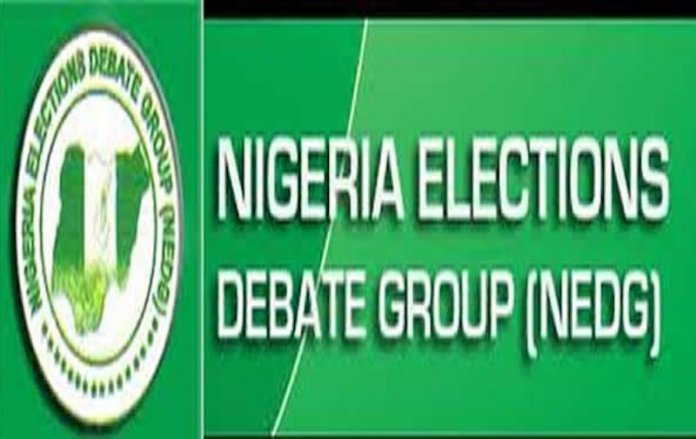 Last week’s vice presidential debate organised by the Nigeria Elections Debate Group (NEDG) in partnership with the Broadcasting Organisations of Nigeria (BON), aside the immediate controversy it generated, threw up for debate the wider issue of how many political parties are needed for Nigeria to have a functioning and robust democracy.

Regarding the immediate controversy, the debate organisers drew the ire of Nigerians when they announced that out of a total of 91 registered political parties in the country, they were only inviting the candidates of five to the vice presidential and presidential debates slated for December 14, 2018 and January 19, 2019 respectively.

As would be expected in such a situation, some of the first criticisms came from the excluded political parties.
The Gbenga Olawepo-Hashim campaign organisation condemned its exclusion from the scheduled Presidential Debate by the Nigerian Elections Debate Group and the Broadcasting Organisation of Nigeria (BON) alleging that the selection of candidates was biased, anti-democratic and an agenda of the ruling All Progressive Party (APC)

Spokesman of the Presidential Candidate, Mr. Hassan Ibrahim stressed that the exclusion was no doubt regrettable because the party had long indicated interest in participating in the debate.

The spokesman said it was their hope that the debating group was not working for the APC to undermine the strides the party wass making with its spread across the country.
The PT, which is fielding Mr. Gbenga Olawepo-Hashim as its presidential candidate, had recently emerged top amongst the nearly 28 newly registered political parties fielding candidates for political positions in the next years’ presidential elections, with 194 persons running on its platform.
Presidential candidate of the Abundant Nigeria Renewal Party (ANRP), Tope Fasua, said the NEDG’s decision had shrunk the political space, and was “the first salvo towards rigging the 2019 elections”.

Fasua said that the ANRP was one of the top four political parties Nigerians wanted at the debates, and believes his party was excluded because of its “out-of-the-box views” that threatens “the Nigerian status quo”.

The African Action Congress (AAC) in a statement by Malcolm Fabiyi, Director-General of the TakeItBack Movement / Sowore 2019 Campaign, claimed that it was “one of the three largest parties in Nigeria”, and asked to know the criteria used in selecting the participating parties.

The All Progressives Grand Alliance (APGA) in a statement by its National Director of Publicity, Ifeanacho Oguejiofor, said it reached out to the NEDG and they promised to look into the matter with a view to accommodating it in the next round of debates holding on January 19, 2019.

Like Omoyele Sowore’s the AAC, APGA is also claiming to be the “third largest political party” in Nigeria, with a serving governor and “numerous members in the state and national legislative assemblies”.

Even Ezekwesili, candidate for one of the listed parties, had to weigh in. According to her, “As a country with a huge contingent of parties fielding candidates for the election, it does make sense to at least allow more than five such parties, at least 25 per cent of those candidates, to participate in the most influential of presidential debates.”

Following the controversy its decision generated, Executive Secretary for the NEDG, Eddi Emesiri, in a statement said the five parties were chosen through a three stage process. The first being an independent online poll, followed by the distribution of survey questionnaires, and lastly was the taking of an aggregate of the stage results to select the top five.

Many observers think the number of political parties in Nigeria is bloated and it’s for reasons like this that some political watchers advocate for a two-party system for the country, and why observers had hoped Nigeria was organically heading that way with the formation of the APC.

With the coming of the APC, many thought things were naturally moving in that direction, until the Independent National Electoral Commission (INEC) announced that it had registered an additional 23 new parties, in accordance with the 1999 Constitution.

Nigerians are now swarmed by more political parties than they have need for; parties that a greater number of them cannot be differentiated by any distinct ideology. Safe to say, like the proliferation of small businesses, it has become a fad amongst the political class to start a party.

It wasn’t always so. At Nigeria’s return to democracy in 1999, the only existing parties were the PDP, All Nigeria Peoples Party (ANPP) and Alliance for Democracy (AD). In its first tenure, the PDP monopolised the political system until around 2003 when by popular demand, the number increased to 20.

Since then, and as the 1999 Constitution allows, the number continues to increase. Nigerians had hoped that more political parties was a way to ensure mass political participation and end the PDPs monopoly.

Right as they may have thought, this had its downside. At present, the PDP may not be the ruling or dominant political party in Nigeria anymore, but the party even as an opposition still commands great followership and respect, and have been replaced by another large party, the ruling APC.

In 2012, INEC had attempted to deregister some of the political parties, citing the excuse that they were moribund, but the Supreme Court, in a case brought before it by Alhaji Balarabe Musa of the Peoples Redemption Party (PRP), ruled that INEC had no authority to terminate a political party as long as its national executive committee was still functional.

The apex court, citing the freedom of association as contained in Section 40 of the 1999 constitution, went ahead to set aside an intervention of the National Assembly which through Section 78(6) of the 2010 Electoral Act, had provided INEC with the power to de-register political parties that “failed to win any executive and legislative seats during elections”.

According to the landmark Supreme Court judgment, the deregistration of political parties by INEC was simply unconstitutional.

With the NEDG debate controversy, it appears the country is back to debating the issue of the proliferation of political parties and what number is required for Nigeria to enjoy a robust and functioning democracy.

Several observers favour the idea of two major political parties that are split between the conservative and progressive ideologies, and then probably an independent candidacy arrangement to serve as a third force.

Understanding the challenge in the proliferation of political parties is why Ezekwesili, in advocating for more parties to be included in the NEDG debates, capped the increase to “at least 25 percent”. But even this would pose a challenge for the NEDG in conducting its debates.

The vice presidential debate may have come and gone, and even as Nigerians gear up for the much expected presidential debate in January 19, 2019, it is imperative that we debate and lay to rest through an amendment of the relevant provision of the 1999 Constitution the issue of how many political parties are needed for Nigeria’s nascent democracy.