Oshiomhole: I Can’t Speak on Tinubu’s Health Because I’m Not a Nurse or Doctor 25 mins ago 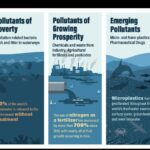 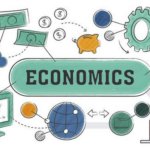 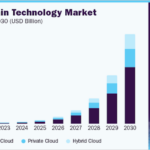 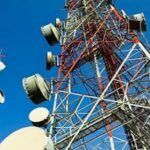 The Chairman of the Independent National Electoral Commission (INEC), Prof. Mahmood Yakubu, has called on Nigerian celebrities to utilise their platforms to promote voter education, youth inclusion and non-violent participation in the 2019 elections.

Yakubu made the call at an INEC Interactive Session/Dinner with INEC Youth Ambassadors/Celebrities held in Lagos at the weekend.

The News Agency of Nigeria (NAN) reported that the interaction was put together by INEC in collaboration with the European Centre for Electoral Support (ECES).

The chairman, who was represented by the National Commissioner of INEC in charge of Ogun, Ondo and Lagos States, Dr. Adekunle Ogunmola, reiterated the commission’s commitment to ensuring that youths are central in the electoral process.

“INEC, in line with its electoral policies, prioritises the participation of disadvantaged groups, including the youth in electoral process.

“In 2014, the commission in collaboration with youth organisations conceptualised the idea of identifying from the entertainment industry, the media and outstanding youths influencers, while commissioning them as voter education youth ambassadors.

“We want you to utilise your platforms for disseminating voter education and non-violent messages to citizens.

“He recalled that some young celebrities were unveiled in 2015 as INEC Youth Ambassadors at an INEC Youth Summit held in Abuja with specific responsibility to engage citizens on peaceful participation,” he said.

Preparatory to the 2019 elections, INEC with support of European Union and ECES and Youth Initiative Advocacy Growth and Advancement (YIAGA) embarked on a Campus Outreach.

According to the INEC boss, the ambassadors were prominent individuals who had distinguished themselves in the field of entertainment, arts, sports, democratic development and literature.

He added that the ambassadors were selected based on profile and fellowship, reputation, credibility nonpartisanship and commitment to volunteerism.

Yakubu said the commission wanted increased participation of youth, women and persons with disability in order to boost citizens’ trust and confidence in electoral process.

Okoosi-Simbine said the interaction was organised in a bid to upscale citizens’ mobilisation and outreach in order to deepen democracy.

She disclosed that the ambassadors are role models in mobilising youths for positive participation and campaign for violence free elections.

Also Speaking, a musician, and newly-inaugurated new ambassador, Korede Bello, commended the commission for its strides to bridge voters education, urging the youths to come out to vote.

A presenter and new ambassador, Gimba Umar, decried the possession of PVCs by foreigners, vote buying and other illegal electoral activities.

Elbing, who was represented by Mr. Dominic Weerts, said the youths are the future of Africa and democracy, hence the need to collaborate with INEC to deliver credible and peaceful elections.