WASTING OF RECOVERED ASSETS 5 mins ago

Advertising Stakeholders Set to Converge in Abuja 6 mins ago 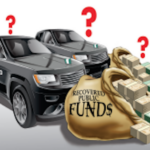 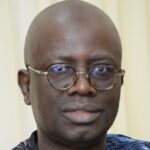 Maku made the disclosure yesterday at New Karu, in Karu Local Government Area of the state when he met with the Akwa Ibom state indigenes resident in the state to solicit for their votes in the forthcoming governorship election in the state.

“The people of Nasarawa State know who Labaran Maku is not because of anything but because of the grace of God and because of the support I got from the South-South region of the country through my former boss, former President Goodluck Jonathan, who remains my leader forever.

“He lifted me and appointed me a minister of the Nigerian republic and gave me the opportunity to serve this country at the national level. I served as the spokesperson of the Federal Republic of Nigeria, as the Minister of Information and Communication and later Minister of Defence. That was made possible because of one son of Nigeria from the South South.”

Mr. Maku assured the people of Akwa Ibom state indigenes resident in the state that their votes for him will not go unrewarded if he is elected as governor of Nasarawa State.

He also hailed the people for their courage of conviction towards the development of Nasarawa State and pledged to create a peaceful atmosphere that will make Nasarawa State the melting pot of Nigeria because of its proximity to the Federal Capital Territory, Abuja.

“Please, Akwa Ibom people, every vote that you will give to me will count and I am begging you for that vote. Give me that vote please so that we can move forward together. I am grateful and some of you by the grace of God will be employed in the government,” he said.

Mr. Maku said if he is elected the governor, he will block all leakages in the finances of Nasarawa State in order to ensure that government funds trickle down to every facet of the economy so that businesses of all the people in the state will thrive.

Maku stated further that under his leadership, state’s funds will not be siphoned and lodged in banks abroad, instead, it will be deployed to improve the lives and social well-being of people living in the state.

He said at the moment, Nasarawa State needs a leader with a vision, who can promote unity in diversity in order to attract investment to the state.