Since his letter to President Muhammadu Buhari in January this year titled: “The Way Out: A Clarion Call for Coalition for Nigeria Movement”, former President Olusegun Obasanjo has not backed down on his anti-Buhari’s reelection campaign.

Although his letter was taken with equanimity despite the presidency’s subtle reply, Obasanjo would stop at nothing in pointing out some of Buhari’s inadequacies, justifying why another vote for him in 2019 could be a major disaster.

“Some of you may be asking, “What has brought about this special occasion of Obasanjo issuing a Special Statement?” You will be right to ask such a question. But there is a Yoruba saying that ‘when lice abound in your clothes, your fingernails will never be dried of blood’. When I was in the village, to make sure that lice die, you put them between two fingernails and press hard to ensure they die and they always leave blood stains on the fingernails. To ensure you do not have blood on your fingernails, you have to ensure that lice are not harboured anywhere within your vicinity.

“The lice of poor performance in government – poverty, insecurity, poor economic management, nepotism, gross dereliction of duty, condonation of misdeed – if not outright encouragement of it, lack of progress and hope for the future, lack of national cohesion and poor management of internal political dynamics and widening inequality – are very much with us today. With such lice of general and specific poor performance and crying poverty with us, our fingers will not be dry of ‘blood,” he had written.

Even at that, many had thought Obasanjo just wanted to rattle Buhari a bit and have him sit up to some of the challenges besetting the nation. But his eventual reconciliation with and endorsement of his former deputy, Alhaji Atiku Abubakar at his Hilltop mansion in Abeokuta, Ogun State in October was more than just a signal that Obasanjo was not joking about his plan to push Buhari out of power next year.

It was at this point that the presidency and the federal government resolved to square up with him on almost all issues, understanding very clearly the need to start controverting the Obasanjo narrative. This resolve by the presidency was further bolstered when Obasanjo’s hands were all

egedly identified in a move to get the United States to issue Atiku a visa following many years of visa denial.
However, a few days ago, Obasanjo sent yet a reminder on where he stood on the Buhari matter, when he said he could not afford to sit on the fence or be neutral in next year’s presidential election, emphasising his commitment to a change of a government he thought has hindered the economic development of the country.

In a statement by his media aide, Mr. Kehinde Akinyemi, in which he denied media reports that he (Obasanjo) had decided not to support any candidate in the election, Obasanjo, who had already declared his support for Atiku, said he would not sit on the fence when he needed to be active for people to know where he stands in the best interest of Nigeria.

“Only a fool will sit on the fence or be neutral, when his or her country is being destroyed by incompetence, corruption, lack of focus, insecurity, nepotism, brazen impunity and denial of the obvious…It is disingenuous, if not malicious, for anyone to suggest that Chief Obasanjo was being neutral, when he chose not to use the Owu Convention as a platform for political campaign but instead adopted a communal and familial approach in talking to members of his Owu family, adding that, “Obasanjo is no such fool nor is he so unwise.”

Realising the implication of letting that slide, the Minister of Information and Culture, Alhaji Lai Mohammed, immediately responded to Obasanjo, saying his support for Atiku would end in total defeat.

“I want to assure you that his (Obasanjo’s candidate) will be defeated roundly and comprehensively. It is not about endorsement – it won’t win election…Obasanjo has every right to support anyone he likes…With due respect to former President Obasanjo, it is his constitutional right to support any candidate of his choice and we urge him to go out and campaign vigorously for any candidate he wants to support.

“He has not hidden his preference for the PDP candidate, Alhaji Atiku Abubakar, and we wish him very best of luck. However, I want to assure you that his candidate will be defeated roundly and comprehensively. It is not about endorsement, endorsement does not win election,” Mohammed had said.

Knowing Obasanjo not to stick out his neck in a battle he is unsure of, more so as a general, who knows his onions quite well, not many enlightened political commentators would dismiss his influence in the election especially given the notion that he might have sufficiently mobilised other retired generals in favour of Atiku; the same way he did for Buhari in 2015.

His unceasing anti-Buahri campaign is more surreal than real and that is why many of the knowledgeable analysts are genuinely worried for Buhari. Their thinking is that it is easier for the APC to dismiss Obasanjo’s influence, because there is the need for them to level up and play politics. What they cannot dismiss, however, is that Buhari enjoyed same level of support in 2015. The APC will not step out to acknowledge this but delight in running down Obasanjo.

Next year’s election is certainly going to be interesting and not for the taking for anyone, the incumbent particularly. This is why support from critical traditional quarters and the capacity of each of the candidates and their parties to poach the unusual quarters are some of the jokers that will eventually smashes the 2019 election hurdles. 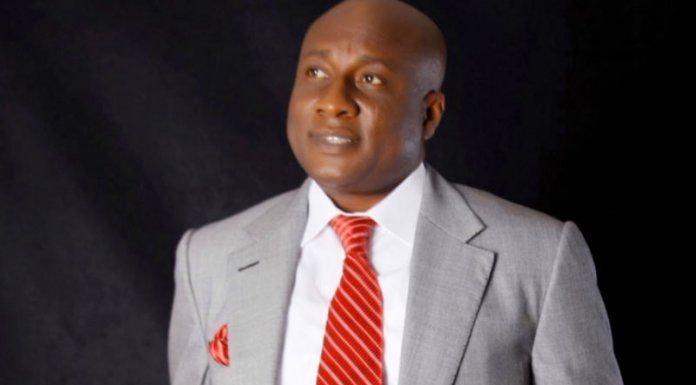