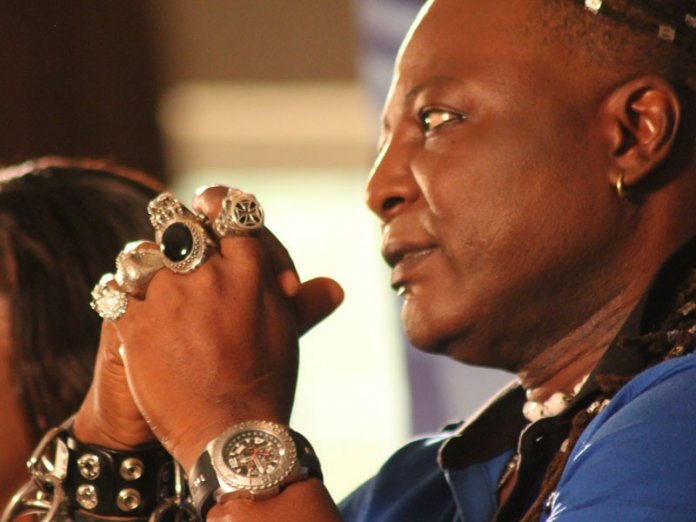 Maverick Nigerian entertainer and activist, Mr. Charles Oputa, better known as, Charly Boy or Area Fada will walk his long time consort, Lady Diane down the aisle at the chapel of the Sisters of Jesus the Redeemer, Catholic Church , in Gwarimpa, Abuja for formal exchange of marital vows.

The ceremony which holds today, Saturday December 15, will be officiated by the outspoken Catholic clergy, Bishop Mathew Hassan Kukah and will have in attendance family members and close associates of the couple.

Mr. Oputa was first married to Stella at a Catholic Church in Onitsha in 1974. The relationship produced one child.
The Catholic Church observes a strict marital doctrine which demands that couples who contracted a marriage on the church must petition the Catholic Pontiff for an annulment if they wish to opt out of the union.

According to Oputa, “We have been following through with the process of annulment for sometime. My former wife who has since remarried cooperated very well. She had no objection. The reason I put forward for the annulment was that I was underage. My mother actually got the wife for me at the age of 19 because I a little rascally with women. Getting me married at that age was supposed to curb my sexual excesses. “

Incidentally, Mr. Oputa’s 101 year-old mother is once again the reason he is contracting a formal marriage to Lady Diane, who has three children for him.
He explained, “This is not that kind of marriage with fanfare. I am doing it to please my aged mother. She has been pleading that we do the right thing. This is a woman I have been living with for 40 years. We know each other well.

This is about obedience to certain demands of the society. People wonder how I am able to live with one woman all these years. It is not that we do not have misunderstanding. Marriage is successful when you are able to manage your incompatibility. I saw my parents quarrel, reconcile, kiss and hold hands again. These are the values that have guided me my relationship. “

Charly Boy who is 62 years has nine children from different women insists that “Lady Diane is now the mother of all my children. We have 16 grandchildren.”
According to him, he hopes to convince his wife to ride with him in a tricycle to and from the church to underscore the low-key nature of the ceremony.