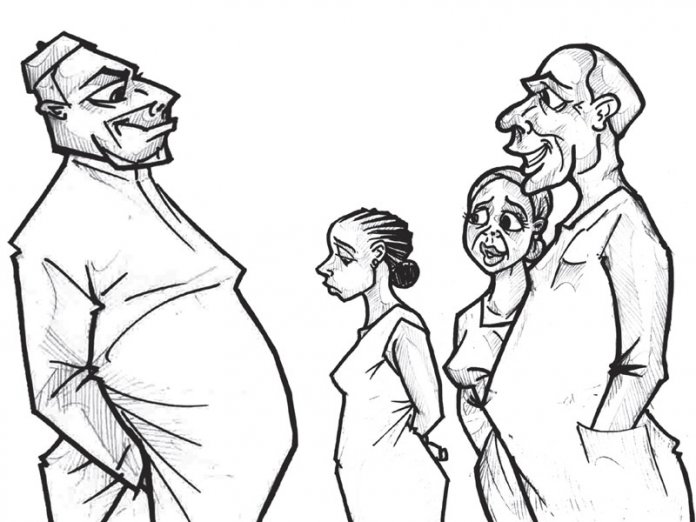 That the prevalence of maternal and child mortality has grave impacts on our human capital development is not in doubt. What many may not know is that it also has strong connection with the incidence of child marriage in Nigeria. That explains why the recent disclosure by the United Nations Women Africa that Nigeria has the highest child brides in the world with 23 million girls married off in childhood is very disturbing. Critical stakeholders must come together to address some of the retrogressive practices that inhibit the progress of our girls and women, including child marriage.

According to available reports, some 45 per cent of Nigerian girls are married—usually against their will—from age 13 to 18 in some parts of the country. Not only are they denied of their childhood, the society is also robbed of the harmony expected in homes with matured partners. Wasila Tasi’u, 14, who in 2015 rebelled against the practice of forced marriage in Kano State, confessed to poisoning her 35-year-old husband and three others. While that is not a common occurrence, it nonetheless underscores the gravity of the situation.

Nothing demonstrates that more vividly than the national outrage that has greeted the social media reports and photographs of a 70 years old man in Niger State, Mr Yakubu Chanji, who has just married a girl said to be 15. In the absence of any law to deal with the situation, there is nothing anybody can do to deter such men yet there are also health implications to such early marriage for girls. Nigeria is reputed to have the highest incidence of Vesico Vaginal Fistula (VVF) in the world, with an estimated 20,000 new cases reported every year. VVF, an abnormal fistulous tract that allows the continuous involuntary discharge of urine, is often caused by childbirth and most of its victims in Nigeria are predominantly victims of child marriage.

Some of the enablers of child marriage in Nigeria include illiteracy as well as religious and cultural practices. All these factors came into play in 2013 when the Senate resolved to retain Section 29 (4) (b) of the 1999 Constitution (as amended) despite the fact that its review committee had, in its draft amendment bill recommended the deletion of Section 29 (4) (b) which stipulates that “any woman who is married shall be deemed to be of full age.” Though this section deals with the qualifying age for renunciation of citizenship, its connection with child marriage arose from the preceding Section 29 (4) (a) which provides that “full age means the age of eighteen years and above”.

While there is no generally acceptable marriage age among the states, Section 23 of the Child Rights Act makes it a criminal offence to marry a girl under 18 years and prescribes a penalty of five years’ imprisonment. Unfortunately, many of the states in the north have yet to adopt the act despite the benefits and protections it confers on every child. We call on these states to do so forthwith, and for those who have enacted it into law to also commence implementation. But beyond that, there is an urgent need for the government and civil society to embark on an awareness campaign, particularly in areas where child bride is in vogue, with a view to highlighting the health, educational, economic, social and psychological implications of this practice.

All factors considered, marrying a girl off early is not in her interest. However, to get rid of the menace, policies that reward parents who encourage their daughters to go to school should be put in place, while financial penalties should be imposed on those adults who withdraw their daughters and their wards before completion of secondary school.