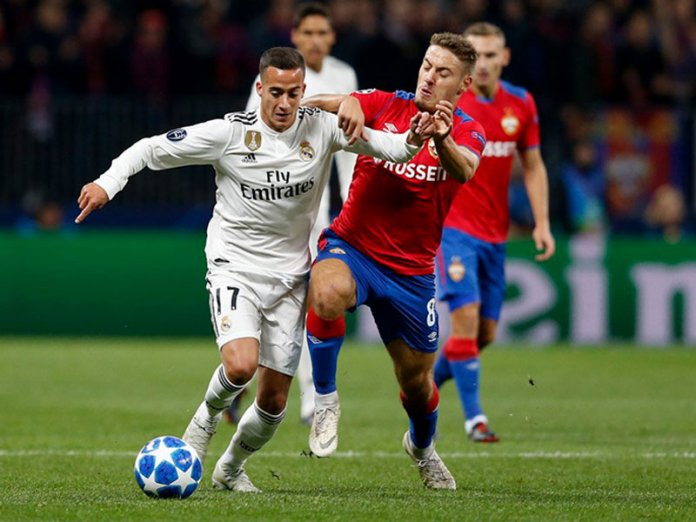 Real Madrid suffered their biggest ever home defeat in Europe as they were thrashed by CSKA Moscow in the Champions League.

The European champions, who had already won Group G, named a weakened team.

Fedor Chalov curled home CSKA’s opener against the run of play and Georgy Schennikov volleyed in a second after Mario Fernandes’ shot was saved.

Icelandic teenager Arnor Sigurdsson completed the convincing win with a strike from the edge of the box.

Real brought on Gareth Bale at half-time and the Welshman suffered an ankle injury, although he was able to play the rest of the game after receiving treatment.

The holders were booed off at full-time by their fans as they suffered a first home Champions League defeat in nine years.

CSKA Moscow, whose only two group wins came against Real, are out of Europe after Viktoria Plzen beat Roma 2-1 to finish third and clinch a Europa League place.

But from the moment Chalov opened the scoring after a good surging run from Sigurdsson, the hosts imploded and only had one shot on target in the second half.

CSKA are the first team to win both group games against Real since Juventus in 2008-09.

Madrid had won 75 points of a possible 81 in their previous 27 home Champions League matches. Their last such defeat was 3-2 by AC Milan in October 2009.

Santiago Solari has won eight of his 10 games as Real Madrid boss since replacing Julen Lopetegui, but both the other matches have been 3-0 defeats – at Eibar and now by CSKA.

Italian side Roma, who had already secured second spot in the group, suffered a surprise 2-1 loss in the Czech Republic.