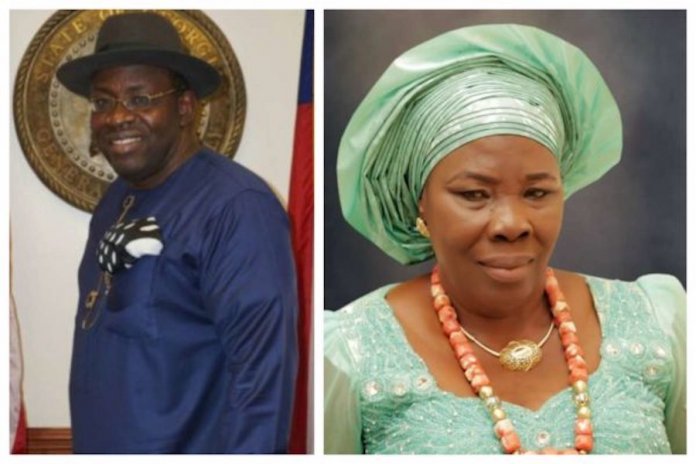 She was buried after a commendation service at Enimieyi Compound, Esinekrizi Quarters in Patani.

The road to her final interment, which began on Thursday with service of songs, culminated in a commendation service at Enimieyi Compound before she was finally laid to rest in her father’s home.

The News Agency of Nigeria (NAN) recalls that Dickson’s mother died of cancer on Aug. 8, at the age of 72 at the University of Texas M.D. Anderson Cancer Centre, Houston, U.S.A

In his remarks, Dickson said his mother was like a sister and friend to him and expressed gratitude for people’s support to make the burial successful.

“I thank everyone who came from far and near to sympathize with our family, may the Almighty God bless you,” he said.