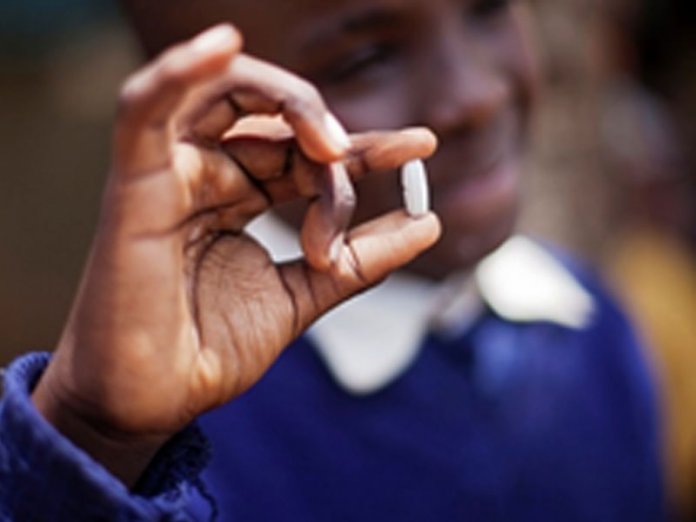 The Nigerian National Petroleum Corporation (NNPC)/Chevron Nigeria’s Limited (CNL) Joint Venture, in collaboration with the Delta State Government and GlaxoSmithKline, have flagged off its mass de-worming exercise in Delta State with the campaign targeting over 45,000 under-12 years old in the state.

Stating this at the flag off of the exercise in Warri, Wife of Delta State Governor, Dame Edith Okowa, said the proactive social responsibility to de-worm over 45,000 children in Warri South and North Local Government Areas of the state was commendable.

She said the programme compliments the comprehensive health programme of the Okowa-led administration in the state.

Okowa, who was represented by Wife of the Speaker, Delta State House of Assembly, Mrs Tobore Oborevwori, commended Chevron for the exercise, appealing to the company to extend the exercise to other 23 local government areas in the state.

Brikinn, who was represented by the Area Manager, Field Operations, PGPA, CNL, Mr Sam Daibo, said NNPC/Chevron JV decided to focus on deworming because the effect of worm infestation, especially on children of school age, have assumed an alarming dimension that it requires concerted effort by all stakeholders to fight the ailment.

“In this programme we will give safe and effective medicine produced by GlaxoSmithKline (GSK) Limited., to the target children to remove infecting worms while we will also educate the children on how to avoid re-infection through personal hygiene,” Brikinn said.

He expressed happiness that the partnership with the Delta State Government, as well as communities around their area of operations, has led in the improvements in the people’s quality of life through the company’s investments in education, health, social infrastructure and sponsorship of manpower development programmes in the health and educational sectors.

Chairman, Warri South Local Government Area, Dr. Micheal Tidi, commended NNPC/CNL JV for the exercise noting that the exercise is of significant benefit to the children and the society in general.

He said if people refused to do the needful by properly safeguarding the health of the children, the future of the country will be bleak and assured that his administration will cooperate fully with Chevron Nigeria Limited to ensure that the program achieved its set goals and objectives.