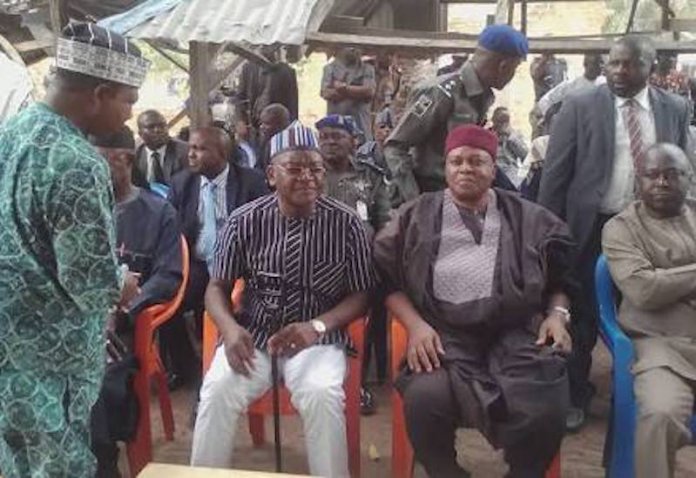 There is tension around the Taraba-Benue border following attacks on the border communities of Abako and Sai along the Wukari-Takum federal road.

A youth leader, Mr. Clement Tor, said one person was killed and several houses burnt when armed men suspected to be Jukun youths invaded Abako and Sai communities at about 2 a.m. yesterday.

The incident forced motorists plying the Takum-Wukari Road to take alternative routes to their destinations.

The youth leader added that youths suspected to be Jukun from Wukari Local Government Area carried out the attack as a reprisal to the alleged kidnap of a Jukun pastor from Rafindadi who was traveling to Takum for a church meeting.

“We were told that a Jukun Pastor was kidnapped along Wukari-Takum Road and following the development, the Jukun Youths gave an ultimatum for the release of the pastor.

“We don’t know anything about the case, besides, where the pastor was allegedly kidnapped is far from our area,” he said.

Tor appealed to the Governors of Taraba and Benue States to support the joint task force to end criminality in the area for peace to reign.

Special Adviser to the Governor of Taraba State on Security matters, Col. Agyo Wapan (rtd), in a telephone interview with our correspondent, confirmed the attack and killing.

“I don’t have the full details of the attack yet; however, I am on my to the place where the attack happened to see things for myself.

“We have deployed army personnel and mobile policemen to the area to prevent further attack. We will get to the root of the matter,” he said.

Meanwhile, the Synod of the Christian Reformed Church, Nigeria, on Sunday warned against the escalation of the issue following the kidnap of one of their pastors.

In a communique issued at the end of their 116th General Church Council, the synod called on the governors of the two states to collaborate and deal with the security situation on the border of the two states.