Millions of people from around the world will from Monday pour into the Redemption Camp of the Redeemed Christian Church of God (RCCG) for this year’s Congress with the theme “Glory Ahead.” The six-day inter-church event starts on Monday, December 3 and ends on Saturday December 8.

The church has strong presence in 197 countries around the world, from where members are expected to attend the Congress.

This year’s Congress is the 21st in the series, having started in 1998 in Lekki with a massive attendance that nearly brought Lagos to a standstill. Many people walked long distances to and from the event because it was faster to do so than the use of cars and busses. Many more who couldn’t get to the venue resorted to the radio to get the message.

Since then, attendance has continued to surge, partly the reason the church had to build a new three-kilometre-by-three-kilometre auditorium called, The New Arena, to seat about six million people.

The old auditorium, also at the Camp, with seats about three million people is expected to be full next week. So, will viewing centres at the various parishes of the church in at least 197 countries.
Pastor Enoch Adeboye, the General Overseer RCCG Worldwide says of this year’s Congress: “I assure you in the name of the one who is called the King of Glory and the source of all that is truly glorious that your life will never be the same after this Congress.”

He explains that, “When God showed a little of His Glory to Moses, his face shown so brightly that people could not get close to him. He had to wear a veil to cover his face. Moses’ life was never the same again.
“When also the cloud descended, the Glory of the Lord filled the tabernacle; and when the cloud was taken up from the tabernacle, the children of Israel went onward in all their journeys.”

He prophesized “By the reason of the Congress, you shall move forward in Jesus Name,”.
Pastor Adeboye will be leading dozens of other ministers of God from all over the world.
To handle the huge congregation without any incident, the organizers have made efforts to ensure the safety and comfort of all worshipers. Power and water supplies have witnessed significant improvements over the years.
Also, traffic flow into, within and out of the Camp has improved in recent years due to the work of the mission’s logistics unit called “Team Nehemiah.”
An achievement of the church, which is often kept silent is its ability to feed millions of worshippers, many of who are provided accommodation.

Giving more insight of the programme, an official said, “The Congress is strictly a spiritual event with focus on the faithfulness and goodness of God manifested in the Redemption plan accomplished by Jesus on the Cross.

“There shall be morning, afternoon and evening sessions during the six-day programme.
The programme shall kick off on Monday December 3 with an evening session expected to last from 6.00 p.m. to about midnight.

He added that, there shall be six evening sessions (Monday – Saturday) while the afternoon sessions run on Tuesday, Wednesday, Thursday and Saturday.

Morning sessions run from Wednesday to Saturday and feature talks and prayers followed by personal ministrations while the afternoon sessions are devoted to teaching and sharing of experiences by accomplished professionals and ministers of God in various areas of human endeavour including marriage, business, ministry and healthy living. “The evening events constitute the main plenary sessions with ministration of the word led by Pastor Adeboye, personal and intercessory prayers,” the official stressed.

The Congress has always also been characterized by miracles, signs and wonders; and the anointing of mantles like handkerchiefs, which believers have used for healing miracles and even raising the dead. 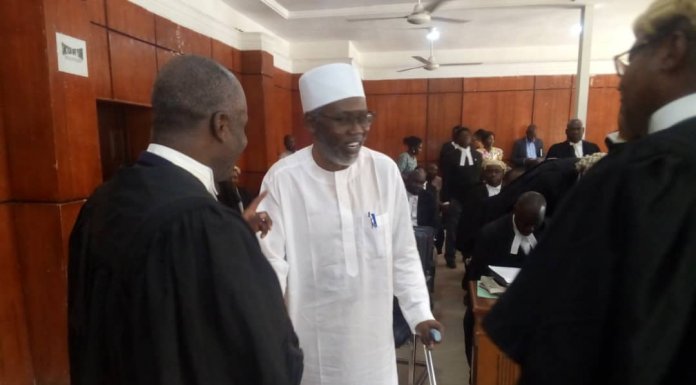