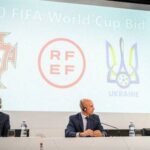 Christmas it seems would be merrier for cinema buffs as two of Nigeria’s biggest stars, Comedian AY Makun and actress, Omoni Oboli, will make their debut in a Hollywood animation film, “Elliott: The Littlest Reindeer”. The characters AY and Oboli voiced in the film scheduled to premiere on December 14, remain unknown.

The horse has to earn a spot on Santa’s sleigh during the North Pole try-outs in time for Christmas Eve; Elliott and his friend Hazel set out to prove that no dream is too big if you believe in yourself. The animation, according to a statement by Empire Entertainment, the license holder of the movie, was directed by award-winning writer and director, Jennifer Westcott.

The inclusion of these stars, the statement noted, announced a new era of collaboration across Nigeria and other territories across Africa. The collaboration came through studio partners based in South Africa after seeing the need for two worlds to come together and make cinematic history.

On the project, Kene Okwusa and Moses Babatope, the directors at FilmOne Distribution and Production who were major contributors to the collaboration, expressed optimism that the two actors are a perfect fit for the movie due to their strong family values. “AY and Omoni are two very talented/ground breaking actors and producers, who we have been very fortunate to work with on varied projects.

“It was only a natural fit for this, especially with two actors which such strong family values and family is very important to us at FilmOne. Their inclusion as part of the cast for this movie portends great things for future collaboration between Nollywood and Hollywood. Decisions and collaborations like these further show how much the world looks at Nollywood and how it is continuously making its mark. We hope for this to be a stepping stone for more to come.”

AY earned Guinness World Record recognition for his film, ‘30 Days in Atlanta’ as the highest grossing film in the territories of Hollywood and Bollywood.

He is an actor, comedian, radio and TV presenter, who ventured into acting in 2014 in the movie Being Mrs. Elliot.  Since dabbling into movie, AY has earned accolades for his movie productions. Ayo Makun directs and acts in one of Nigeria’s popular sitcom, AY’s Crib. He also hosts one of Africa’s largest comedy shows, AY Live featuring many other top comedians.

In a chat with the comedian during this report to find out the characters both actors voiced in the animation movie, in addition to some other requests, the following conversation ensued:

Reporter: . . . Congrats on your Hollywood debut

AY: Where you see that one… Lol

Reporter: Laughs. There’s been a report in the media about you and Omoni Oboli making Hollywood debut in animation film ‘Elliot: The Littlest Reindeer’

AY: We are working on something but there is a nondisclosure agreement for now on our part. I will double check with the studio to let them know what’s up and what to share.

Omoni Oboli is a seasoned actress and filmmaker, who uses films such as ‘Wives on Strike’ and its sequel to address societal issues. As a scripter she has written screenplays such as Fatal Imagination, Being Mrs. Elliot, The First Lady and Okafor’s Law, which she equally featured in.

Omoni began her movie career with her first movie role in Bitter Encounter (1996), where she played a secretary.

Her next was Shame. She then went on to play the lead female character in three major movies  -Not My Will, Destined to Die and Another Campus Tale.

After enjoying a brief career in 1996, Omoni left the movie industry to complete her university education and returned a decade later.