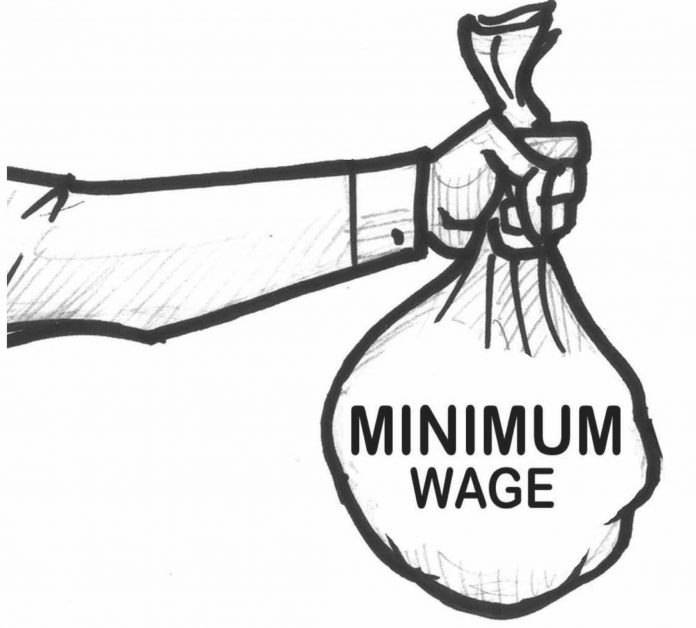 While receiving the tripartite committee report on minimum wage recently, President Muhammadu Buhari pledged that the federal government would quickly transmit an Executive Bill (on national minimum wage) to the National Assembly for its passage within the shortest possible time. However, about 24 hours after what appeared like an endorsement, the Presidency came up with a ‘clarification’ of the earlier position which more or less distanced itself from the report. That elicited a swift response from the Nigeria Labour Congress (NLC) which threatened another industrial unrest should the authorities fail to honour the N30,000 recommendationon minimum wage.

What is now very clear is that there are testy days ahead, especially with the Nigeria Governors’ Forum (NGF) stating categorically that the only way its members can pay the agreed sum is to sack workers. The alternative proposed by the NGF is for the federal government to readjust the revenue sharing formula in favour of the states to enable them absorb the huge financial implication of such wage rise. These are no easy options.

It is regrettable that the government, at all levels, has been tardy in handling the minimum wage issue. Ab initio, the road to arriving at an acceptable wage for workers has been everything but sincere. In the course of resumed negotiations, which was compelled by the threat by labour to embark on a nationwide strike, the tripartite committee, comprising the government (federal and states), the Nigeria Employers’ Consultative Association (NECA) and labour had agreed on the N30,000 minimum wage that is now being disputed.

It is particularly noteworthy that when in 2013 President Goodluck Jonathan signed into law the N18,000 minimum wage, the NGF asked for removal of the subsidy in the downstream sector of the petroleum industry as a pre-condition for paying the new wage structure. That elicited a threat from the NLC and the Trade Union Congress (TUC) to go on a nationwide strike. History is therefore repeating itself. Yet, as we have stated on this page in the past, what makes for a didactic argument in a discourse of this nature is the provision of statistical data or negotiation figures to support the claim that they cannot pay. How many workers, genuine workers that is, do each of these states really have and what is their total wage bill? What does the Minimum Wage Act provide? Who is qualified to gain from this new wage bill?

These are questions the governors have not properly addressed but unfortunately even if they did, not many Nigerians will believe them. The current perception of the populace is that many of our governors have failed to plug the leakages and wastes, which over the years have become institutionalised in their states. A good example is the jumbo ‘security vote’ which translates to free money with limitless appropriation. Shortly after he assumed office in 2011 for instance, the Imo State governor, Chief Rochas Okorocha, publicly announced that he would slash his ‘security vote’ from the N6 billion he alleged was budgeted by his predecessor (Ikedi Ohakim) to N2 billion. While that was very revealing, even the ‘magnanimous figure’ allocated to himself by Okorocha could pay thousands of workers in Imo State. That is the crux of the matter.

The ostentatious lifestyles of most governors do not offer logical persuasion to the citizens they govern that they indeed cannot pay the new minimum wage. Living like modern-day emperors with little or no checks from the legislative arm, these governors have not given sufficient reasons to convince workers that the demand of N30,000 minimum wage is too much. While we need a drastic re-orientation that requires the federating states to live up to certain fiscal expectations, the governors cannot continue to live in luxury and yet deny workers in their states living wages. 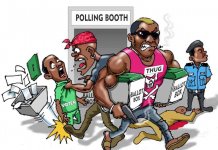 Bistro Back in Theatre February