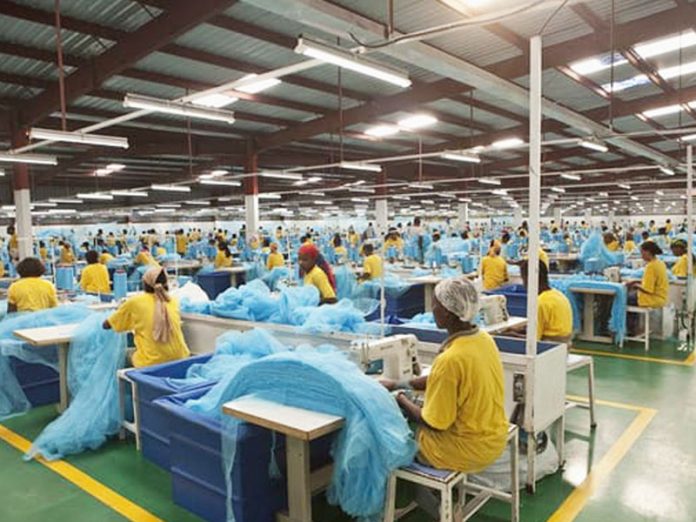 There is a likelihood that the growing number of unemployed youths in Nigeria may drastically reduce as some companies now focus more on skills rather than educational qualifications of potential employees, Bayo Akinloye reports

He laid still like a log on the pitch. A bright day for Amoo had become clouded by the dust of stampede that resulted in the death of seven people and left countless other job seekers like him injured after a commotion in Abuja National Stadium, where thousands of people had come to apply for work at the Nigerian Immigration Service in March 2014 – at least seven people were killed.

Amoo and other graduates who had travelled to the Federal Capital Territory, FCT, Abuja, in search of a job with the federal government must have been told by their parents, lecturers and the society that the surest way to success in Nigeria was to graduate with a good degree.

It took Amoo four years from that time to land a job since graduating in 2013. Many graduates like him that survived that stampede are still likely searching for what is increasingly becoming an elusive pursuit of gainful employment.

Ugly Picture, Bleak Future
Nigeria’s unemployment statistics are grim – so is the hope of a brighter future – as the country was recently proclaimed as the notorious capital of global poverty. With the country just escaping an economic recession by the teeth of its skin, not a few look to the future with forlorn hope as economic experts point to the dampening numbers of the unemployed. It was a bag of mixed feelings when, early this year, the Spectator Index tweeted that Nigeria’s unemployment rate was 18.8 percent and listed it as third behind Greece (20.9%) and South Africa (27.7%) among the nations with the worst unemployment rates.
The Director-General of the Nigerian Building and Road Research Institute, Prof. Danladi Matawal, had made a sensational claim in 2017 that more than 30 million Nigerian youths – a figure that reflected the dire economic straits the country was in 2016 – were unemployed with no means of livelihood.
“Statistically, Nigeria has a youth population of about 67 million, aged between 15 and 35 years. Forty-two percent of these young people don’t have a means of livelihood while only about 20 percent have more than a secondary school certificate. These figures reveal that majority of the youths in our country find it difficult to make ends meet,” Matawal argued.
In January 2018, National Bureau of Statistics, NBS,  told Nigerians that out of a total active labour force of 85.08 million people in the country, about 16 million were unemployed in the third quarter of 2017, claiming that the category of unemployed persons comprised 8.5 million people who engaged in an economic activity for at least an hour and 7.5 million people who did absolutely nothing.
Since 2014, the NBS counts people working fewer than 20 hours per week as unemployed and those working 20 to 39 hours as underemployed. The previous threshold for the definition of unemployment was based on a Nigerian definition of full-time employment with an individual was working 40 hours a week, according to the statistician-general, Dr. Yemi Kale.
Amoo’s experience illustrates the angst many graduates face in the country’s job market that keeps contracting with youth unemployment rate in Nigeria at 33.10 percent in the third quarter of 2017, despite the fact that the Corporate Affairs Commission, CAC registered about 1.5 million companies in 2017. As defined by the International Labour Organisation, unemployed workers are those who are currently not working but are willing and able to work for pay, currently available to work and have actively searched for work.

What Other Employers Say
Weighing on the need for an employment policy that deliberately supports Nigerians with adequate skills but no commensurate academic credentials, the Co-founder of BudgIT, a non-profit organisation that advocates budgetary transparency and accountability, Joseph Agunbiade, admitted that such a labour plan on the part of the federal government will go a long way to raise many Nigerians above the poverty level.
“It is two ways: first, there’s an emergency in the country. We have a teeming youth population who are unemployed and no amount of higher institutions can absorb all of them. We have been able to employ two chaps like that who learnt on the job and took online courses to obtain a degree. It is definitely helping the economy. Some of these are breadwinners at home. A guy who works with us – I’m not sure he completed secondary school – was the one who paid for the surgery of his father,” Agunbiade stated.
The Head of Group Marketing and Corporate Communications, Interswitch, Adetayo Teluwo; the Principal Manager of Geneith Pharmaceutical Limited, Simeon Okechukwu; and the Chief Executive Officer of Carrot.ng, Luqman Balogun, are all of the view that the economy of the country will be well served if the potential employees with the right skills but no academic credentials are factored into the policy of hiring staff.
“Take for example, if there’s someone who can read and write and with good poise with evident marketing skills, a born sales person and there’s another who has a master’s degree in marketing which will you pick? I agree that there has to be a deliberate policy on this scenario. It shouldn’t be left to chance.
“The private sector is much open to this. I’ll say it’s the government that should be preached to about this new initiative. It is a great thing that the private sector is driving it,” Okechukwu noted.
Balogun shared the same view. According to him, in the long run, what counts is the result and productivity of the workforce. “It’s not the academic qualifications that work. People work; they think. Academic qualifications only indicate what you claim you can do. You still have to prove you can do the job. Many IT jobs may not require you going to a higher institution. All you may need are some certifications where needed,” he explained.
The owner of Organics, Olumide Gbadebo, said: “When I first began to employ workers, I was particular about finding people whose qualifications fit the job description. This didn’t work out well as many people’s abilities fell below expectation. I switched my approach and hired people based on their response to a set of personality test questions, and their performance during a three-month probation. This yielded better results.”
Gbadebo pointed out that a lot of graduates took courses that were available to them” – not ones they are passionate about – resulting in the “disconnect between their certificate and their ability”.
The Federal Ministry of Labour and Productivity has not been able to weigh in on the matter as its spokesman, Samuel Olowookere, asked for some time to respond.
According to the West Africa Vocational Education (WAVE), a leading voice in the hiring process that focuses more on skills than credentials said concerning the initiative, “The feedback has been increasingly positive. Companies say that it’s a gradual process but one that they have adopted and are trying out particularly for entry-level roles. Industries that require experience from the outset are unwilling to adopt this hiring approach.
“The main goal is to rewire the education to employment system and level the playing field for undeserved young people which would, in turn, reduce unemployment. The new perception should people being hired based on competencies.”
Kelvin Bob-Manuel, a spokesman for WAVE, added that only 10 percent of people who finish secondary school in a year proceed to one form of institution or the other. Ninety percent either continue to try other exams while the rest go to technical schools.
“On the average,” he said, “it’ll take four years for anyone who finishes secondary school to get a university education. That means it’s possible for a secondary school leaver to stay at least two years without being in employment or education and 50 percent of the 90 percent end up not furthering their studies eventually.
Recently, it will be recalled that the Nigerian Economic Summit Group (NESG) produced a report revealing that between 65 and 70 percent of the people who make up the employment pool is secondary school leavers. Therefore, Bob Manuel argued that if there is a policy that encourages competency-based hiring, the impact will be a great deal.
“However,” he admitted, “it’s not easy to screen for competencies, unlike credentials where you tell people to send in their certificates. In terms of implementation, it’ll take a long time but once achieved, the healing will be enormous.”
Gbadebo is more optimistic. “I have a team of dedicated staff who enjoy what they do, and my business is running more smoothly than it used to. I have more time to focus on building the brand. If a small business like mine can figure it out, the government should be able to do so as well. The benefits are worth,” she said.

The Andela Style
Founded in 2014, Andela aims to train 10,000 computer programmers in 10 years. It provides several months’ intensive course in computer programming to top talents who come from a variety of educational backgrounds or no background at all. Students pay nothing to enrol reducing their upfront risk. In a matter of months, Andela begins contracting out their fellows to major international and local technology partners and recovers their investment while the fellows also earn an income.

What Competence-based Hiring Beneficiaries Say
After “endless and fruitless” search for a job in Nigeria, Samuel Nwafor said he landed a job with a construction firm that, according to him, focused on what he could do and not his academic qualifications.
“It sounded surreal when I was asked what I could do and not what I read in school,” Tobi Shittu (Sugarcane employee), who read Mechanical Engineering, said. “I found my job fulfilling as a service delivery person.”
Olalekan Bisiriyu (who works with Minibee), a graduate of Mass Communication, from Lagos State University said he had dreamt of being on the TV or radio – perhaps, even writing for a newspaper – ended up in a bakery heading the outfit’s operations.