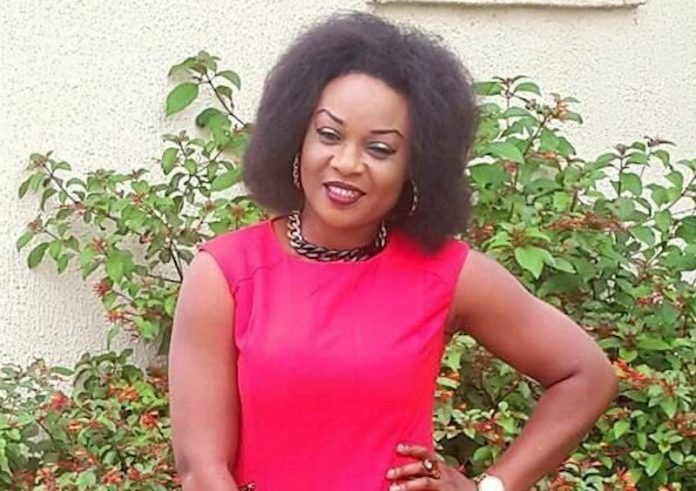 A disbarred Lagos Lawyer, Ephraim Emeka Ugwuonye has been charged before a High Court in Abuja, alongside four others over their alleged involvement in the alleged killing of Abuja business woman, Charity Aiyedogbon.

The charge, with number CR/20/2018, between the Commissioner of Police, FCT Command (complainant) and Ephraim Chukeuemeka Ugwuonye and four others (defendant) centres on criminal conspiracy to commit murder, armed robbery and culpable homicide.

The charge reads in part: “That you Ezeugwu Paul Chukwujekwu, Adogah Emmanuel and Ephraim Chukwuemeka Ugwuonye all ‘M’, on or about 9/05/2016 in Kagini, Abuja, within the jurisdiction of this Honourable Court did commit illegal act to wit: criminal conspiracy when you agreed with amongst yourself and robbed one Mrs. Charity Chidiebere Aiyedogbon (now late) of her property and killed her. You therefore committed an offence contrary to and punishable under section 6 (b) of Robbery and Fire Arms (special provisions) Act Cap. RII LFN 2004.

“That you Ezeugwu Paul Chukwujekwu, Adogah Emmanuel and Ephraim Emeka Ugwuonye all ‘M’ on or about 9/05/2016 in Kagini, Abuja within the jurisdiction of this Honourable Court did commit illegal act to wit: armed robbery when you armed yourselves with cutlasses and other offensive weapons, attacked and robbed Mrs. Charity Chidiebere Aiyedogbon ‘F’ (now late) of her Accura ZDX Jeep with registration number RSH 225 AH Abuja gray colour, one Samsung Galaxy phone, one Itel 1408 phone, one Iphone and Ipad and other valuables….

“That you Ezeugwu Paul Chukwujekwu, Adogah Emmanuel and Ephraim Emeka Ugwuonye all ‘M’ on or about 9/05/2016 in Kagini, Abuja within the jurisdiction of this Honourable Court did commit illegal act to wit: Culpable Homicide, when you intentionally attacked one Mrs. Charity Chidiebere Aiyedogbon ‘F’ (now late) with cutlasses and other offensive weapon and killed her, when you both knew that death is the probable consequence of your action. You thereby committed offence contrary to and punishable under section 221 of the penal code law.”

Similarly, Ugwuonye is facing a fresh 10-count charge of extortion, impersonation, injurious falsehood and false information. The charge, with number CR/19/2018, between the Commissioner of Police, FCT Command (complainant) and Ephraim Emeka Ugwuonye (defendant) is also before a High Court in Abuja.

The charge reads in part: “Extortion by threat of accusation of an offense punishable by death, Injurious falsehood against the Nigerian Police, injurious falsehood against David Aiyedogbon, giving false information with the intent to mislead public servants, Obstruction Public Servant in the discharge of his functions, Insultive or abusive language against the Nigerian Police Force, Influencing cause of Justice and Inciting Public disturbance.”

Others are: “Failing to assist public servants, when bound by law to assist, when you were aware about the investigation into the killing of late Mrs. Charity Aiyedogbon to arrest the killers whom you knew and had prior knowledge of how one of the suspects Ezeugwu Paul Chukwujekwu escaped from Nigeria immediately after committing the offence without arresting or giving the police useful information as to who is to be investigated for the sad killing; impersonation, when you have reasons to know that your name has been struck off of legal practitioners roll by the Supreme Court of Nigeria even when you knew that you have been disbarred and your name struck off the roll of Legal practitioners in Nigeria.”

Hearing date for the two new cases are yet to be announced. Meanwhile, Ugwuonye is already facing two other criminal charges and two civil suits bothering on defamation and false evidence.

It would be recalled that Ugwuonye was first arraigned alongside two Abuja-based lawyers, Nsikak Udoh and Farouk Khamagam before a Chief Magistrate Court for their alleged criminal roles in the disappearance of late Aiyedogbon.

Ugwuonye is on court bail in the sum of Five Million Naira, with a surety, a civil servant that earns not less than three hundred thousand naira monthly, with a traceable address in the Federal capital territory.

Ugwuonye, who had claimed in the exhibits tendered before the court, to have overwhelming evidence that the missing woman was dead, and that she was killed by her estranged husband, David Aiyedogbon, is expected to show the evidence before the court.

His trouble started when, in different posts on his Facebook group, Due Process Advocates- DPA, he said: “I now have overwhelming evidence that Mr. David Aiyedogbon killed his wife, Chacha. David has an idea of the kind of evidence at my disposal.”

In another post, he said: “this is the headless and dismembered body of Charity Aiyedogbon (posting a corpse on his DPA Facebook group). DPA has been able to identify this as her body within the limits of resources at our disposal.”

“I will describe David as a low-life and cold-blooded murderer of his own wife. The issue is not whether Emeka’s account is accurate or not, but, rather, the issue is whether Emeka has evidence that would send David to the hangman. Yes, I do…”

When invited by the Police to produce the evidence, after several meetings, Ugwuonye was unable to produce any, to substantiate his claims.

Ugwuonye is already facing a N10 billion defamation suit filed by Mr. David Aiyedogbon. The suit, with number CV/2750/16, before Justice Peter Kekemeke of Federal Capital Territory (FCT) High Court 14, Apo Abuja, also prays that the defendant be ordered to pay the cost of the suit.

Meanwhile, the other two Abuja-based lawyers, Nsikak Udoh and Farouk Khamagam, charged alongside Ugwuonye are said to have confessed in writing to the police that they forged the signature of their missing client (now late), Charity Aiyedogbon in a suit filed at Federal High Court, Lokoja and served on Mr. David Aiyedogbon, two weeks after the disappearance of Charity Aiyedogbon. The suit has since been resolved in favour of Mr. Aiyedogbon.

Their trouble started when, those believed to be close to the missing woman were quoted as saying that she went missing on May 9, 2016, but her lawyer, Nsikak Udoh, handling a suit filed at the Federal High Court, Lokoja on April 29, 2016 against 29 respondents, including her biological children and former husband, David Aiyedogbon, claimed Charity came to his house on May 18, 2016.

Following questions arising from the lawyer’s claim of meeting with the missing woman eight days after her purported disappearance, the police invited him for questioning wherein he allegedly confessed that her signature was forged.