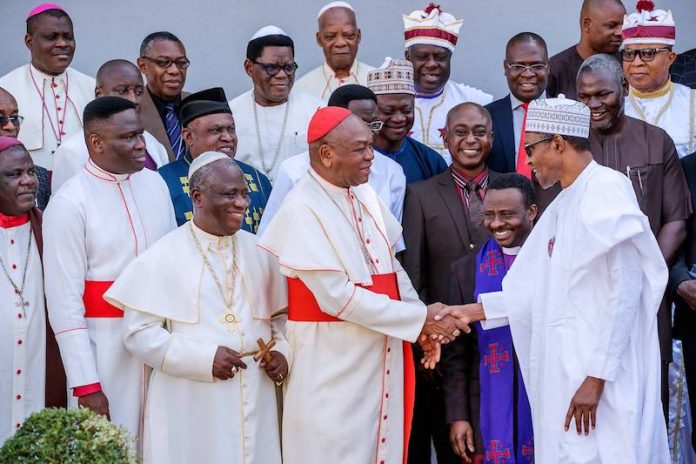 President Muhammadu Buhari Friday said he would not relent in his efforts to fulfill his electoral promises of securing the country, fighting corruption and resuscitating the economy.

Buhari said this when he received members of the Christian Association of Nigeria (CAN), led by its President, Reverend Samson Ayokunle. in State House, Abuja.

Noting that though fighting corruption takes longer time when adhering to the rule of law, he said he was determined to fulfill his electoral promises.

“It is on record that some cases initiated by the anti-graft bodies since 2003 are yet to be concluded. We will, however, not be discouraged.

“Where monies have been recovered, such monies will not find their way back to the looters as I have directed EFCC to account for every money it has recovered and put them in a dedicated account,” President Buhari said.

On next year’s elections, he assured the Christian leaders that he had assurances from the Independent National Electoral Commission (INEC) that the elections will be free and fair, noting that he has been a victim of fraudulent elections and beneficiary of free and fair election in the past.

As regards farmers-herdsmen clashes, Buhari told the CAN leadership that government was working towards finding a lasting solution to it.

The CAN delegation commended the President for his efforts in fighting corruption, the initiatives to stem the tide of unemployment, the various efforts aimed at revamping the economy, the fight against Boko Haram and the implementation of the Bank Verification Number and the Treasury Single Account.

Noting the relative improvements in the areas of security and job creation, the religious body said despite government’s efforts in the area of security, Boko Haram terrorists had continued to attack some soft targets.