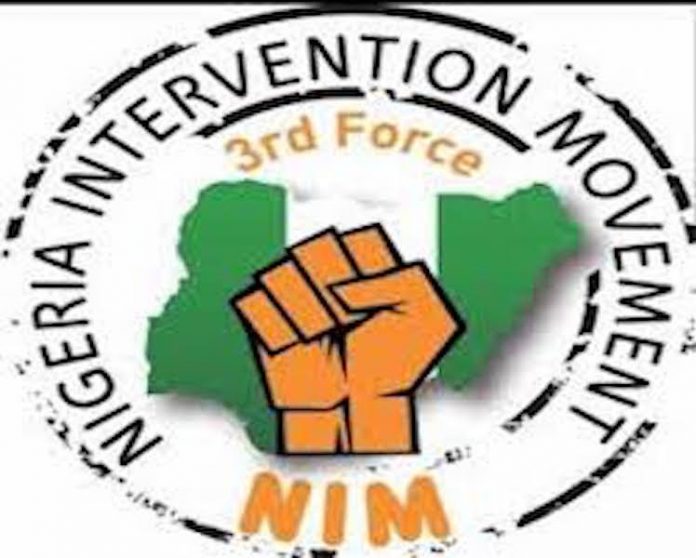 Coordinator of the Nigeria Intervention Movement (NIM), Ekiti State chapter, Mr. Moses Jolayemi has described as strange the search carried out by plain clothes security agents on the presidential candidate of the People’s Democratic Party (PDP), Alhaji Atiku Abubakar, saying it was a clear indication that President Muhammadu Buhari, was desperate, jittery and grossly ill-advised.

According to Jolayemi, the show of desperation was also an indication of what to expect in the 2019 presidential election as the incumbent president may want to retain the seat at all cost.

Jolayemi, a former Special Adviser to Ekiti State government said the attempt by the Aviation Minister, Sen. Sirika Hadi to hoodwink Nigerians by describing the search as “routine” was shallow, hollow and totally unintelligible by every standard, adding “no discerning mind in this country will gulp such porous excuse. He questioned the minister’s statement, “If that is the routine, are you saying the man (Atiku) had never plied that route before? Was that the way he had always been treated?”

According to him, Buhari and his handlers are unwittingly helping to further boost Atiku’s chances as Nigerians are not as dumb as they sometimes think.

Jolayemi explained that though NIM Ekiti state chapter has not formally endorsed any presidential candidate, Atiku appears to be the most potent threat to the current president.

“We in the NIM, Ekiti state particularly, are not oblivious of the current mood of the nation which is totally against President Buhari but the fact is that we are still studying the presidential candidates from different political parties. At the appropriate time, we will advise our teeming members on the way to go”

“What I can say at the moment is that we will not go against the will of the generality of the Nigerian people. As things stand, there is no where you go in Nigeria today that you can conveniently get more than two out of 10 Nigerians who are ready to queue behind Buhari. The general feeling is that this present government has failed.”

“Unfortunately for the President, he is not able to act it well enough by keeping a straight face, pretending that all is well. He is showing to the whole world that he is desperate by intimidating a candidate who by all means is the most formidable threat to his second term ambition.”

“I advise the president to resist the urge to clamp down on the opposition, if only to convince Nigerians that he has moved a step away from his draconian and dictatorial past as military head of state when scores of notable Nigerians who held opposing views were hounded into prison or chased into exile.”

INCHING HIS WAY FROM ENTERTAINMENT TO POLITICS

CAPTION: L-R Efe Omoregbe, Adesua Etomi, Olubankole ‘Banky W’ Wellington and MI Abaga at the declaration of Wellington’s interest to run for a seat in the House of Representatives