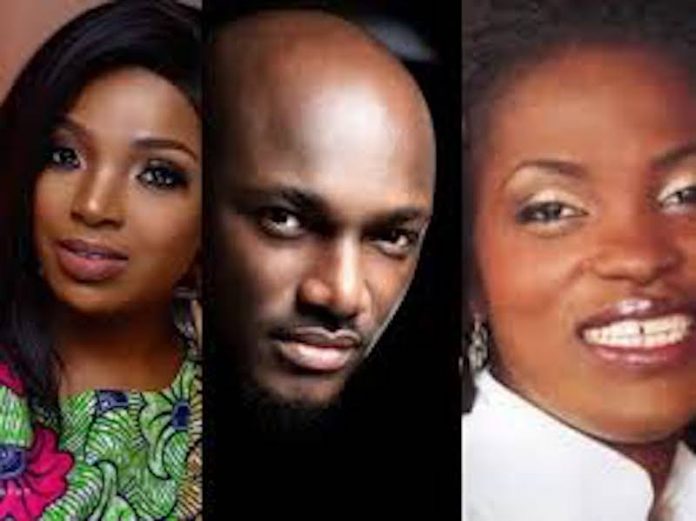 Like a closet gladiator, bursting through her self-woven sheathe of tact and obscurity, Pero Adeniyi is back in the social whirl.

Yes, Pero recently saved her mother’s life by donating one of her kidneys to her. Pero’s mother, Princess Biola Adeniyi, had been suffering from kidney failure for more than a year before her body’s immune system began to attack her kidneys. Faced with the possibility of losing her mom, Pero who had kids for Tuface, went to Maryland to remove one of her kidneys to save her mother. It was learnt that Pero’s siblings also offered to donate their kidneys for their mother but it was Pero’s organ that matched the requirement.

Predictably, Pero’s bold move to save her mother has been eliciting showers of adulation from family, friends and well-wishers. Pero’s mother was indeed shocked and overwhelmed at the depth of her daughter’s love for her.

In her young life, Pero, the socialite daughter of businessman, Jide Adeniyi of Poatson, has weathered many storms. Life and love perhaps plunged her into a hole but she didn’t climb out hastily. Instead, she dug deeper, enjoyed the scenery, and has come out from the other side more enlightened and stronger.

From an affluent family, her father being a former popular and rich businessman with interest in transportation and the creative industry, Pero came to limelight as the wife of a New York-based businessman, Tunde Borokinni. She would attain a different kind of social acclaim when she reportedly dumped her husband to become the lover of superstar singer, Tuface Idibia. She went to gift the singer his first of many babies outside wedlock.

Together, they have three kids. Their stormy relationship hit the iceberg due to her rumoured domineering nature among other factors; Pero dominated the love life of the singer so much that he was said to live in constant fear of her whether or not she was around. At the height of his fame, Pero once accosted him in public to make certain domestic demands.

When the heat became too much, especially as Tuface went on to father other kids by other women, Pero relocated abroad and bade the singer and his baggage a goodbye. Tuface went on to surprisingly marry actress, Annie Macaulay, further ripping into pieces Pero’s tender heart.

Not much was heard from her until a few years back when her mum was down with a kidney ailment and it behoved her to donate one of hers which she did.

It’s been three years since the successful transplant and mother and daughter are alive and hearty to tell and retell the story.

Interestingly, Nigerians thought they had moved on from the Pero/Tuface drama until last Monday morning when a viral video of Pero, in a crowded Lagos club, surfaced, hugging and cuddling Annie, Tuface’s legitimate wife, with the latter, hands clasped, muttering repeatedly, “I am sorry.” Tuface later joined the tear-filled scene and also broke down in tears as he was cuddled by Pero who stonily told him to get a grip of himself.

But that wasn’t what caught many people’s attention alone; it was the sheer see-through black top Pero wore. Her whole mammary gland was in the open save for a nipple cover which many mistook for her areola. The mother of four – two girls, two boys – was past caring as men ogled endlessly at her. No doubt, more of the dark-hued beauty would be seen now on the social scene as the tempests of her past life seem to have subsided.