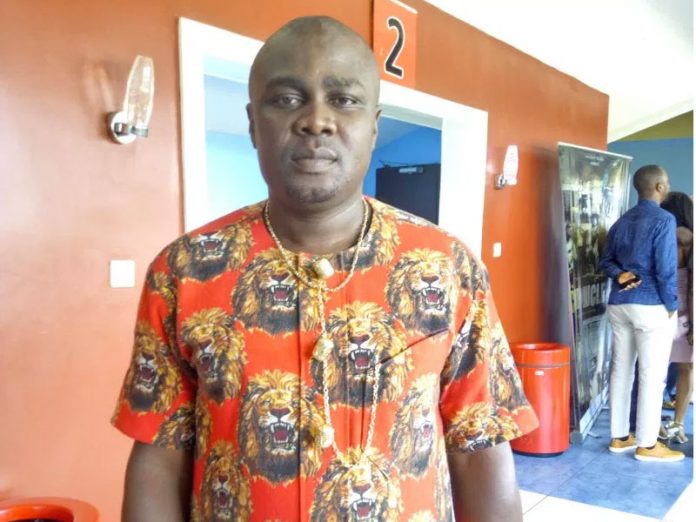 Frank Ufomadu, through his new movie, The Chronicles, is digging deep into history of the Mbaise people, particularly as it has to do with the popular adage, “when you see a snake and an Mbaise man, spare the snake and kill the Mbaise man”, which emanated from a 1970’s band group, The Oriental Brothers.

However, many are unaware of what transpired among the band members that led to the coining of the misleading adage, and that is what the producer Ufomadu is out to reveal in his movie The Chronicles.

The Chronicles, a direct response to the popular adage that had for a long time caused damage on the image of the Mbaise man, particularly revolves around two teenagers who are constantly taunted for coming from Mbaise, Imo State, and seek to understand why their ancestry is being laughed at.

At their insistence, their parents take them to their grandmother (Onyeka Onwenu) who spends the night telling them the long historic story, which is chronicled in the movie, which would start showing from Friday, November 9 at cinemas nationwide.

Directed by Caliph Ibn.Uzar, The Chronicles will reveal how the saying ‘Spare the snake and kill the man’ came about during the pre and post-colonial eras in the eastern part of the country, and how a particular musical band falsified the belief to include the Mbaise man.

“Most people don’t know about the genesis of that adage and how it came about. So if you really want to know who actually made that comment that had gone viral up till today and why, then watch The Chronicles.
“You would know the truth and you would find out that actually it has been a misinterpretation of events and facts”, Ufomadu said during a media preview of the movie in Lagos recently.

Speaking further, he said, “Like every other blackmail, that saying has taken a toll on the Mbaise people generally but with time a Mbaise man being a strong person, we have been able to survive the taunts all this.

“I believe strongly that the movie, The Chronicles, will actually go a long way in correcting that bad impression created about the Mbaise man.”

Speaking on what particularly informed his decision to make a historical movie Ufomadu said, “The Chronicles as the name implies, is a deep historic event and a detailed analysis of what happened in the past. It is more like a docudrama.

“I wrote the story and then produced it. So, it is my brainchild. I set out to write the story because I found out that most of what we have in our industry are kind of westernised.

“Nobody cares to talk about historic events, the history of our forefathers and our history. You find out that in our schools today, it’s like history has been expunged from the subjects being taught at the secondary schools.

“So, I felt that our present generation need to know and be educated about our history. So, it is wise we change the dimension of stories we tell in Nollywood and start telling stories that can be documented, because it is best when we tell our stories ourselves. When outsiders tell our stories, they tend to doctor it in order to favour them.

“The Chronicles is actually a true-life event that happened right from the very first interaction that Africans had with the Europeans when they came into Nigeria through Calabar and Opobo till the 70s and even present day, most especially when we had the advent of the high life music.

“The story expands through three generations – pre-colonial, colonial and post-colonial – 21st century periods, so it is quite a very long and wide covered story. It is a history book, so to say.”