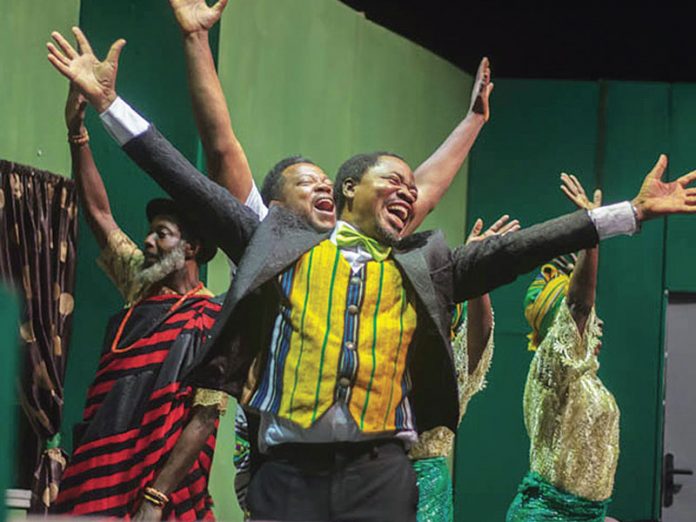 Yinka Olatunbosun reviews the recent theatre production of Femi Osofisan’s ‘Such is Life’ for the 2018 edition of the Chevron Festival Drama at the Agip Recital Hall, MUSON Centre, Lagos

Originally known as Midnight Black Out, Femi Osofisan’s Such is Life was the much-needed comic relief to the week-long MUSON Festival in Lagos. Called Chevron Festival Drama, the drama is built on the conflict between good and evil. However, the comedy itself arises from the unusual plot twist, well-paced dialogue and dramatic irony.

Directed by Kenneth Uphopho, Such is Life tells the story of a Professor of Medicine, Prof. Juokwu (Patrick Diabuah) and his wife, Obioma (Gloria Anozie-Young), who is living with the bitter memories of her late husband. Strangely enough, the portrait of the late husband still hangs on Prof’s wall on his wife’s insistence to serve as a reminder of who he should never be.

Unknown to Obioma, Prof Juokwu is having an affair with a married woman. He hypnotises his wife, causing her to black out on his episodes of escapades.

A friend to Obioma’s late husband, Iberibe (Friday Francis) secretly desires her and heads to Nigeria from Rio to woo her. It was too late a plan as Obioma has remarried. He discovers Prof Juokwu’s secret love affair and black out tricks and surreptitiously reveals these to Obioma.

Meanwhile, Akubundu (Kanayo Okani Larry) the husband to Prof Juokwu’s lover, storms his house during one of Obioma’s black out afternoons. His anger is quickly dissipated on the promise of Prof’s vote in the forthcoming elections. Akubundu typifies a materialistic character, willing to cover-up his wife’s infidelity to protect his political ambition. Not just that, Akubundu represents an existential persona, desperate to market his services, even to his wife’s lover.

The web of suspicion and infidelity thickens as Prof. Juokwu makes a discovery that suppresses his wife’s voice in demanding for fair treatment in their marriage.

As with one-act plays, the use of a simple set, costumes andlights made the scene transition fluid. Most of Osofisan’s plays are heavy on musical content, which are message-laden. But the music that accompanied Such is Life in performance didn’t seem to add any contextual value to the play.

For the director, Uphopho, the play is a subtle political satire that appropriates domestic issues such as marital infidelity, moral decadence and mutual suspicion within a couple.

For the critical audience, in terms of interpretation, this play is a waltz of sorts for the director who had directed same in 2012 and in 2018 and executed the production with experienced actors as cast.