The earnings season has been mixed for shareholders as company reported their financial results for the nine months ended September 30,2018. Going by the results, some shareholders would receive improved returns at the end of the year as their companies recorded increased profitability.
Some have already declared interim dividends. However, some firms also ended the period with lower bottom-line, which means shareholders of such firms may receive lower dividends.

But one sure thing is that shareholders of Nigerian Aviation Handling Company Plc (nahco aviance) will be among those to receive higher returns at the end of the current financial year.
NAHCO is a Nigerian diversified enterprise with interests in aviation cargo, aircraft handling, passenger facilitation, crew transportation and aviation training. At the end of the nine months, the company posted a growth of 109 per cent in profit after tax (PAT).

Nine Months Financial Performance
The unaudited figures released to the Nigerian Stock Exchange (NSE), NAHCO recorded an impressive N7.25 billion, representing an increase of 25 per cent compared with N5.795 billion posted in the corresponding period of 2017.

An analysis of the revenue showed that passenger/aircraft handling accounts for the highest per centage of 62 per cent. Specifically, the company realised N4.466 billion in this segment of its business, up from N3.248 billion in 2017. Cargo handling remained the second highest with N2.452 billion or 33.8 per cent of the total revenue for the period.

Company Explains Performance
Regarded as one of the best results posted by the company in recent times, the performance is outcome of initiatives and actions undertaken by its management led by the Managing Director/CEO, Mr. Idris Yakubu who assumed office in November last year.
Yakubu had started the implementation of a series of short and medium term process reviews and service improvement initiatives that has led to enhanced service delivery and improved customer satisfaction by the Company’s growing clients.

In his comments, the MD/CEO said:“We are extremely delighted with the recent results. It shows that the various initiatives that we are implementing to delight our customers are indeed working. A lot of credit for this performance, no doubt, goes to the Board of the company who have supported and trusted our leadership, our staff who are diligent and have become more responsive, our loyal clients who trusted us to handle all their business, and indeed, other stakeholders of the Company.”

While expressing his optimism that the company is looking forward to a solid end of year, Yakubu said that all indices point to a strong showing and the kind of performance that the company has not seen in recent years.
Generally acclaimed as the foremost ground handling company in the West Africa sub-region, NAHCO serves more than 35 airlines at 11 airports across Nigeria, with plans to expand operations to other African countries. It handles about 70 per cent of domestic and foreign airlines operating in Nigeria.

New Chairman, Director Come on Board
Market analyst and operators said the appointment of new chairman and a non-executive director for company will add value to its performance going forward.
NAHCO announced the appointment of Mr. Sehinde Fadeni Oladapo as its chairman, who has taken over from Usman Arabi Bello, who resigned from the position on Thursday, October 25, 2018.

Oladapo is the founder and Managing Director/Chief Executive Officer of GMT Energy Resources Limited, took effect on October 25, 2018.
The new NAHCO chairman had his higher education at the University of Lagos where he bagged a Bachelor of Science Degree in Biology. A well – traveled entrepreneur, he has attended various seminars and courses all over the world, including the Owners Management Programme at Harvard. He is also an Associate Member of the Nigeria Institute of Management (AMNIM), Nigerian Institute of Credit Management and the Port Harcourt Chamber of Commerce and Industry.
A recipient of several merit awards, Oladapo is highly acclaimed by professional bodies in Nigeria in recognition of his many contributions to nation building.

Oladapo sits on the boards of a number of companies including MCI FZE Yard Development Limited, a joint venture between MCI FZE and Samsung Heavy Industries Nigeria where Total Upstream Nigeria Limited and her partners integrated their EGINA FPSO’s 6 topside modules; the Badagry Ship-repair Maintenance Engineering Consortium (BSMEC) and Elect & Chosen Limited, a reputable interior design and furniture supply company.
He runs GMT, where he brings his great wealth of experience to bear on providing strategic direction and leadership in corporate reputation and sustainability and commercial negotiations.

“Credited with incredible foresight and matchless skills in perceiving business needs and creating solutions to address such needs, Oladapo had over the years developed a network of high value contacts in international and domestic business communities, including the local and global regulators,” the company said.

He was at Rosehill Group Limited, a diversified investment holding company with interests in infrastructure, aviation, real estate, hospitality, and construction, as the head of legal and compliance department and subsequently rose to become the managing director of Rosehill Group Limited.
He is also on the Board of Asokoro Island, Sycor Private Investment Limited and Central Cement and Logistics (CENCEM). 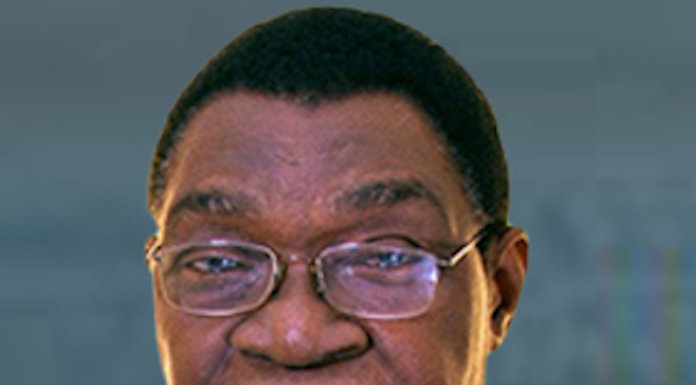