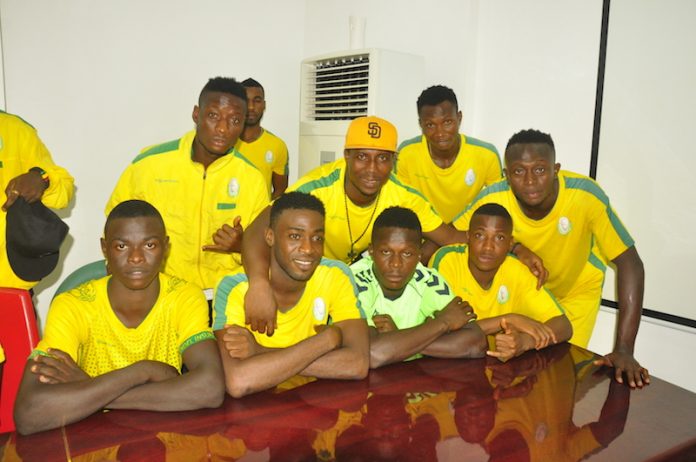 The Nigeria National League (NNL) insisted yesterday that it is not yet Uhuru for Bendel Insurance FC of Benin in its quest to join the professional rank of the country’s club football yet.

The lower league body clarified the status of the Benin club against a backdrop of conflicting tunes that Bendel Insurance’s 2-1 victory over Shooting Stars of Ibadan at University of Benin Sports Complex on Monday morning was enough to guarantee its qualification to the Nigeria Professional Football League (NPFL).

But yesterday, the Executive Secretary of NNL, Lawrence Katken, clarified that the lower league body was a bit disturbed with phone calls from interested parties for clarification on whether the Super 8 play-off would still go ahead or has been shelved.

“We stand by the rules set at the beginning of the season which will allow two top teams in each group to contest for a play-off that will produce four teams that will gain promotion into the elite division next season,” he explained yesterday.

He said further that, “the club congress without any opposition agreed at the beginning of the season that the two top teams in each group will play the Super 8 where the top four clubs will pick the tickets into the NPFL.

“The arrangement is no secret to all the clubs. They are aware of the rules guiding the league, except some people want to be mischievous about it.

“For me, it is not true that Insurance FC has gained promotion to play the NPFL in NPFL next season. They still have a bridge to cross and that’s the Super 8,” he confirmed.

According to the rule of the NNL at the beginning of the season, the top two finishers in each of the two groups in each conference (North A1, A2 and South B1, B2) will square up to produce two teams in each of the conferences to move to the Nigeria Professional Football League (NPFL).

THISDAY learnt yesterday that of the four groups, only one group (B1 that have both Bendel Insurance and 3SC is the only one about to conclude their season as Insurance takes on Spartans today at the Agege Stadium.

The two northern groups, it was also learnt, are a long way from concluding their season.

“Kada City and Kaduna Utd match that was disrupted in the 88 minutes with Kada City leading by a lone goal is before the Disciplinary Committee of the Nigeria Football Federation. The decision reached on that case is likely going to alter the standing in the group.

In the other group of the northern conference, Malumfashi FC has a protest before the NNL, asking that it be awarded maximum points in the game with Real Stars. The match was said to have ended due to heavy down pour and poor visibility.

“The case is also before the disciplinary committee, and the outcome will also have a telling effect on the group by blowing it wide open if it goes against Real Stars,” observed a source close to the NNL.

With all these pending matters before the NFF’s Disciplinary Committee and the fact that NPFL rule grants promoted teams minimum of one month to prepare for life in the Nigerian topflight, appear major hurdles that may make sticking to the NNL rule of a Super 8 play-off difficult.

The League Management Committee (LMC) had to resort to an abridged league, that is ending the season midway and declare the leading team, Lobi Stars, Nigeria’s representative in next season’s CAF Champions League.

Nigeria would have missed the deadline for the submission of the name of the country’s representatives if LMC had insisted on going all the way to the last game of the NPFL.