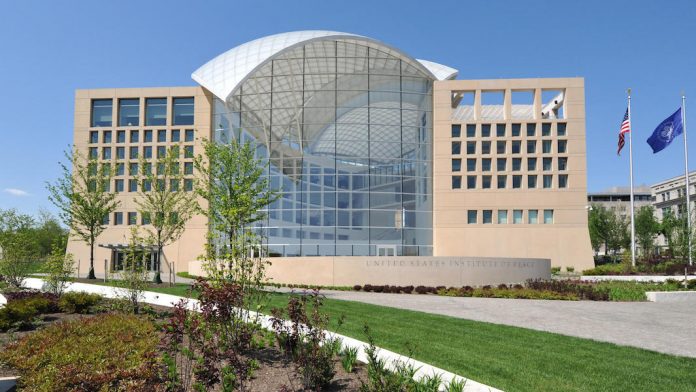 The United States Institute of Peace (USIP) has said despite misgivings by many Nigerians about the performance of the President Muhammadu Buhari administration, the president is most unlikely to lose the 2019 election.

USIP made this known in a report it released on the forthcoming general election, saying its report was based on its interactions with Nigerians from different sectors.

USIP was established by Congress in 1984 as an independent institution devoted to the non-violent prevention and mitigation of deadly conflict abroad.

It operates on the ground in some of the world’s most dangerous places to provide training, guidance, resources and analysis for those working to prevent or reduce violent conflict.

USIP works in 51 countries facing warfare and extremism, from Iraq and Afghanistan to Burma and Nigeria.

The organisation said though many Nigerians feel that the current administration has not met their expectations, this is not likely to cost the All Progressives Congress (APC) government its hold on power.

The report said, “Many Nigerians feel their hopes have not been met. Some respondents suggest the electorate is sufficiently disappointed that voter apathy will be greater in 2019 than in 2015, with the unifying narrative of change that helped elect the APC in 2015 much less compelling as a factor in mobilising the electorate, and perceptions that another defeat of the presidential incumbent is less likely to happen in 2019,” the report read.

Comparing the 2015 elections to the forthcoming one, the report said there is a greater chance of the occurrence of election violence, listing Adamawa, Anambra, Ekiti, Kaduna, Kano, Lagos, Plateau and Rivers as the eight of 36 states with greater risks of election violence.

While it stated that it was up to the combined efforts of political parties, security agencies and the Independent National Electoral Commission (INEC) to curb violence in the election, it said the greater work lay with the electoral body.

According to the report, “Important shifts in Nigeria’s political and security context have occurred since the 2015 elections, presenting both evolving, and new risks to the 2019 elections.

“Of all the state’s institutions, most respondents felt that peaceful elections in 2019 are contingent on the performance of Nigeria’s INEC.

“Given the relative success of the 2015 elections, they felt that INEC ought to be able to deliver credible elections again in 2019. They feared, however, that any regression from the level of performance achieved in 2015 could lead to violence because some would view the failings not as a result of incompetence but as deliberate attempts to frustrate the will of the voters.

“INEC should at least match the standards it set in 2015, and any regression could set the stage for violence.

“Yet, while the potential for election violence exists, there are signs of hope. Some states have developed successful election conflict-mitigation practices. In the short amount of time remaining, INEC and the police should undertake a number of key reforms,” it said.

“The United States, along with other international supporters of the electoral process, should also intensify their efforts to reinforce the work of these key Nigerian institutions.

“Beyond institutional support, rather than apply a conventional approach to electoral violence mitigation, donor programming should adapt to Nigeria’s current context, political shifts, and opportunities, and be sufficiently flexible to respond to the risks distinct in each of Nigeria’s states.

“In advance of the election, international diplomatic efforts to preempt electoral violence need to be intensified. Regional and international actors should convey their expectations that political parties effectively address their internal disputes, and be ready to put on notice politicians responsible for escalating these disputes.”