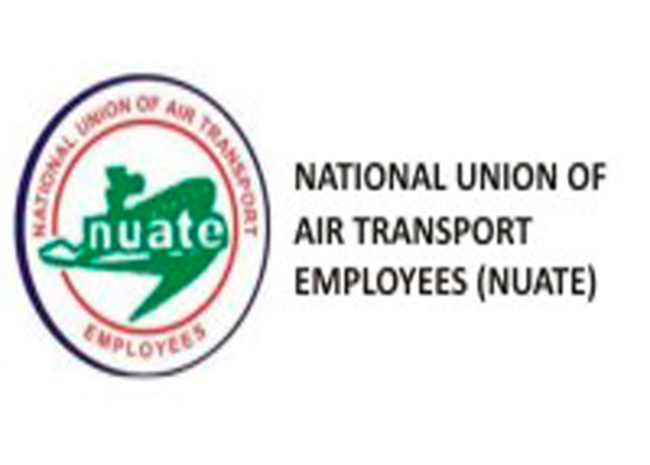 The National Union of Air Transport Employees (NUATE) has announced that it would join the nationwide strike by the Nigerian Labour Congress (NLC) and the Trade Union Congress (TUC) that will commence tomorrow.

NUATE said it would ground the country’s aviation sector and insisted that no flight would take place during the period of the strike.

President of NUATE, Ben Nnabue said the decision to join the strike was in compliance to the directive by the NLC and other partners in the organised labour for workers to embark on a nationwide strike “due to the inability of the federal government to agree on the new national minimum wage”.

He said, “All flights operating in/out of Nigeria airports shall be affected by this industrial action. We appeal to your good sense and understanding in this regard”.

NUATE President stressed that “injustice anywhere was a threat to justice everywhere”, adding that labour would ignore the court order that directed the strike be suspended pending the hearing or determination of the motion on notice for interlocutory injunction on November 8, 2018.

Ibe said for overriding public interest, the labour would ignore the court decision, noting that the decision to embark on the strike was an outcome of a meeting which was attended by the highest hierarchy of  labour, insisted on going on strike.

“No court order can take away our right to strike,” he said.

Ibe said all heads of aviation agencies have been informed of the strike and withdrawal of services of its members from all airports in the country.