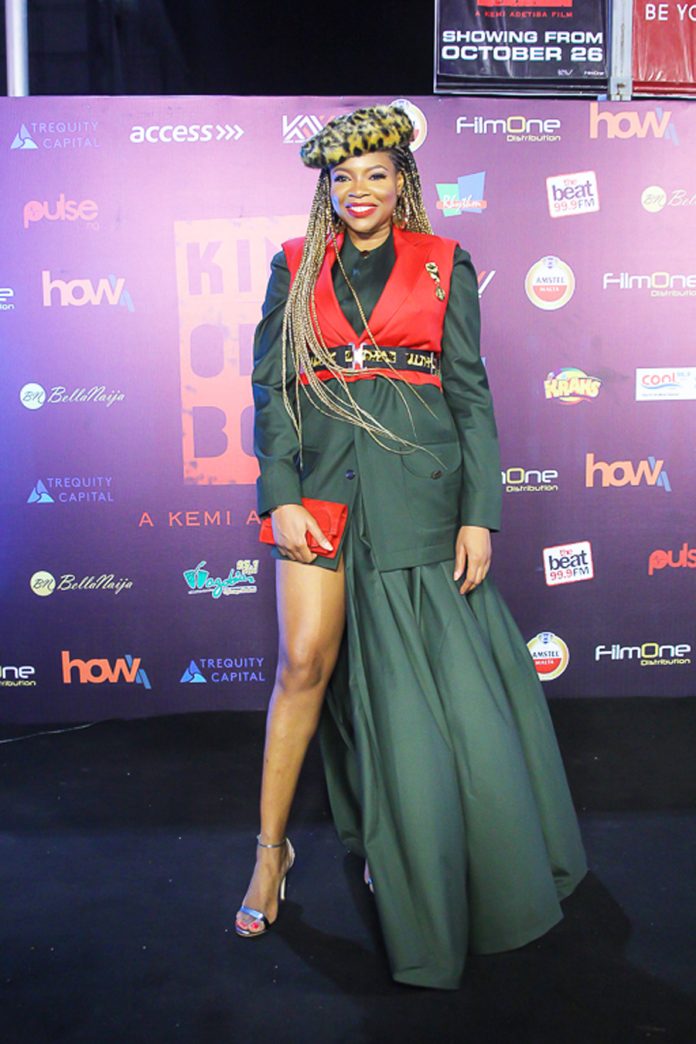 Kemi Adetiba’s new movie, King of Boys had its world premiere recently and the A-list event brought together the very best entertainers in Nigeria.

The premiere marked the first time the movie was aired to the public and while a lot of talk from the premiere has been themed around the fashion, the film has also generated a lot of positive buzz due to its strong, compelling story. Many have called the movie a break from the norm and a perfect movie ahead of the election year, particularly due to its themes of political conflict and the quest for power.

Speaking ahead of the movie premiere, Kemi Adetiba expressed her delight at finally being able to tell such a compelling story.  “After the huge success of “The Wedding Party”, I wanted to try my hands on a different style of storytelling, one that would show my versatility as a director and a storyteller. Yes, the process of making the movie might have been tedious, as we shot in over 75 different locations, but we are very proud of what we’ve created, and we can’t wait to share this with the world,” she remarked.