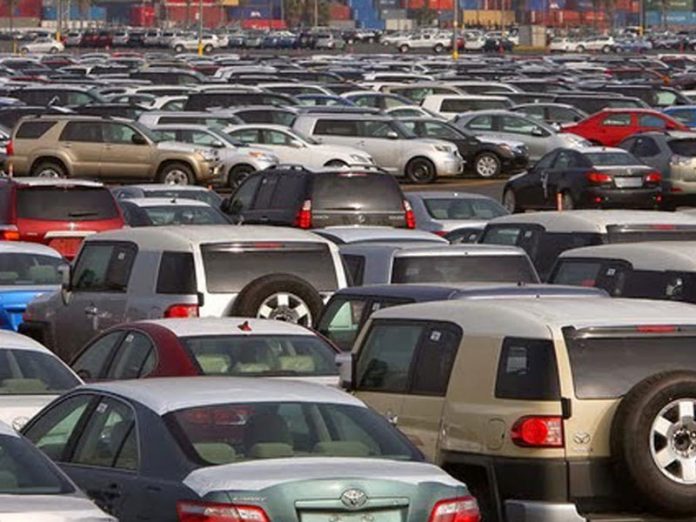 The Nigerian economy received a total of 1,216,131 used and new vehicles that were imported into the country between 2012 to 2017, a report by the National Bureau of Statistics (NBS) has revealed.

The National Bureau of Statistics in a report tagged, “Nigerian Ports Statistics, 2012 to 2017,” obtained yesterday, stated that the vehicles came through, Apapa, Tin Can, Onne, Calabar and Delta ports.

Although the National Bureau of Statistics did not put a value to the vehicles, estimates showed that Nigeria spends over $8 billion annually on vehicle importation.

Vice President Yemi Osinbajo corroborated the facts last week when he declared at the 19th Abuja Motor Fair that Nigerians spend about $8 billion annually to import vehicles into the country.

Meanwhile, the NBS report showed that vehicle importation into the country was on downward spiral from 2013 even though the federal government auto policy was introduced in 2014.

Former President Goodluck Jonathan had in 2014 imposed 70 percent duty on importation of new vehicles and 35 percent on used vehicles with the aim of boosting local production.

The tariff reduced the number of vehicles brought into the country and failed to boost local production but instead fuelled smuggling from neighbouring Benin Republic and Togo.

In the same vein, President Muhammadu Buhari had in December 2016, placed ban on importation of vehicles through the land borders citing loss of revenue.

The ban was introduced to influence massive importation of vehicles through the nation’s seaports but has not also done enough to stop smuggling at porous land borders of Seme and Idiroko.

The Rivers Port received only 141 vehicles in 2017 while Calabar port received no vehicle in the last six years.
Reacting to the development, customs agents in the country advised the federal government to reduce tariff on brand new vehicles and maintain tariff on used one to spark off massive importation through the seaports.

President of the National Council of Managing Directors of Licensed Customs Agents (NCMDLCA), Lucky Amiwero disclosed that despite the ban through land borders, vehicles are still be smuggled massively through un-approved routes.

He said Nigeria is a victim of smuggling as lots of people are bringing vehicles into the country through un-approved routes, adding that that is not good for a developing economy like Nigeria.