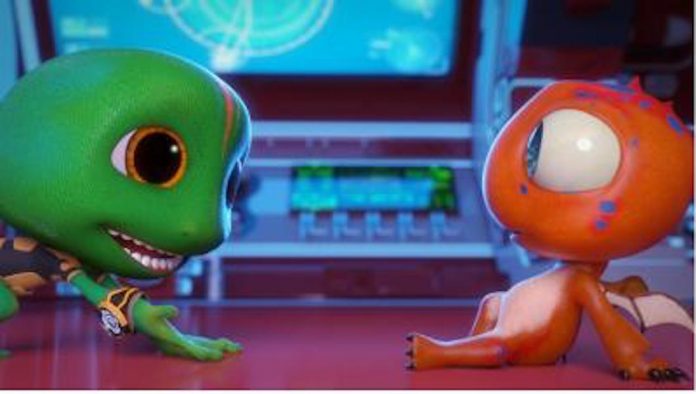 Anthill Productions is also the most patronized movie post production studio in Nollywood and over the years Anthill has earned tons of creative and very unassailable jobs in its credentials. Anthill Productions was incorporated in 2010, and officially started business as a Video Post Production and 3D animation studio in Nigeria. Since its incorporation, Anthill Productions has handled post production of the following movies, The Wedding Party 2, My Wife & I, The Arbitration, The Women, New Money, Meet The In-Laws, Up North (Yet to be Released,) Chief Daddy (Yet to be Released), Castle & Castle (Ebony Life Films Legal Drama,) We Don’t Live Here Anymore, and many more. In 2015, Anthill’s Post Production Supervisor Victoria Akujobi, won the AMVCA award as Best Video Editor.

Anthill Productions is big on human capacity development. This led the founder and Creative Director, Niyi Akinmolayan to set up an online film blog to teach filmmaking and to engage young filmmakers in collaborative work. The blog produced a short film in 2016 titled ROOM 315 to support the Mental Health Awareness cause. The short film was premiered in December 2015 at the FilmOne IMAX Cinema. The blog also sponsors 30 Women in a free Video Editing class every February.

Anthill Productions is very passionate about how African characters are represented on screen using Animations. In 2017, Anthill Productions produced an animated series titled Adventures of Lola & Chuchu for Friesland Campina, producers of Peak Chocolate. Season One was delivered in 2017 and was received well by an audience comprising kids and adults. Season Two is currently in development. In 2018, Anthill also announced collaboration with Youneek Studios to produce an animated series, titled  Malika, inspired by the story of the legendary Queen Amina.

Niyi Akinmolayan announced during a trip to Tunisia in October 2018, a partnership between Anthill Productions and Saphir Productions, designers of the popular Shiva Game Engine, the world’s most cross-platform game engine. The partnership will lead to the production of African themed games. With these announcements, there is no doubt that Anthill Productions has come to lead the animation industry, thereby proving to the world that Nigeria has the creative potential to match the Disney’s of the world.

Anthill Productions announced in October 2018, her production of Nigeria’s first animated feature film titled FROGECK. Frogeck will be Africa’s first animated feature film to be released in 3 languages: English, French and Swahili. The film is set for a December 2019 release. Prior to that date, Anthill has promised to release teasers to give the audience an idea of what to expect. The first teaser will be released November 3rd, 2018. More details can be found at the official website www.frogeck.com