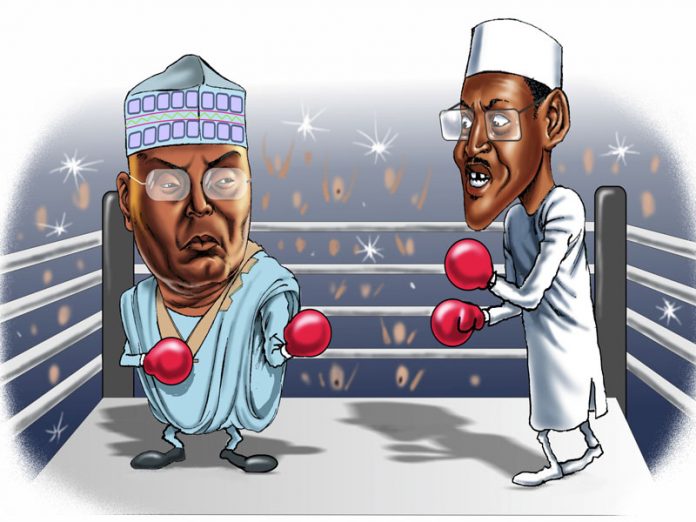 As permutations continue on the coming major contest for the presidency between incumbent President Muhammadu Buhari and Alhaji Atiku Abubakar of the People Democratic Party (PDP), youths in the North have said they are yet to take a definite stand on who to support.

The leader of the Northern Emancipation Network, Malam Abdul-Azeez Suleiman, said this in a statement issued in Abuja yesterday.

The News Agency of Nigeria (NAN) reported that Northern Emancipation Network is a critical partner in the Coalition of Northern Groups that gained popularity last year by confronting the Indigenous People of Biafra (IPOB).

Suleiman described as hasty for any group or individual to declare publicly that the Northern block has arrived at a consensus with regards to either Buhari or Atiku.

“Every Nigerian, most especially the northerners, must know that the factors that will determine 2019 are distinct from those that shaped the pattern of the 2015 elections.

“Unlike the previous contest, 2019 is going to be fought between two northerners of the same religious faith and both of the same Fulani stock.

“What may dominate the debate for 2019 would therefore be critical physical and human development issues for the North and integrity to a large extent.

“It is therefore hasty for any individual or group to claim that the North has agreed on a preferred candidate among the two. This is not to take away the right of individuals or associations to form opinions in accordance with their personal set of biases.

“The North and those individuals or groups that genuinely aim to promote and protect the collective interest of the region must not be in a hurry; they should allow their decision to be informed by commitment of each of the candidates to the fate of the North,” Suleiman said.

According to Suleiman, President Buhari and Atiku must be able to show their scorecards for the Northern youths to take them serious ahead of 2019 presidential election.

This, he said, would determine who the majority of the youths would give the mandate in 2019.

“President Buhari should make a comprehensive and articulate presentation of his efforts for the North in the last three years and the plans he has for the region if given the second chance.

“On the other hand, Atiku must give convincing clarifications about the myriad moral bankruptcy issues raised against him as well as make available whatever alternative programme he might have for the region. All these have not been done.

“The fact that both candidates belong to the same old brigade that dithered the activity of the region in one way or the other since independence makes it more imperative for the younger generations to tread with caution.

“Young northerners who have all along being at the receiving end of every harsh reality should no longer be taken for a ride by staking their fate in the hands of self-appointed regional and sectional elders who themselves constitute a major hurdle in the path of the region’s progress in particular and the country at large,” he added.