Former Governor of Ekiti State, Ayodele Fayose, has been released from detention after fulfilling the terms of his bail conditions.

His spokesman, Lere Olayinka, shared the news on his Twitter handle, @OlayinkaLere, tweeting, “Fayose just regained his freedom. He left the Federal High Court, Ikoyi, a few minutes ago. We will meet @officialEFCC at the court from November 19.

The governor was arraigned October 22 by the Economic and Financial Crimes Commission (EFCC) alongside a company, spotless Investment Limited, on 11 counts bordering on N6.9billion campaign fraud.

He had pleaded not guilty to the charges, while the court had adjourned the case for hearing of his bail application.

The court had also ordered his remand in custody pending the fulfillment of the bail terms.

At the resumed hearing of Fayose’s bail application, his lawyer, Mr. Kanu Agabi (SAN), a former Attorney General of the Federation (AGF), told the court that the application was dated October 22 and brought pursuant to the inherent jurisdiction of the court.

Agabi also told the court that there was a presumption of innocence of an accused until guilt is established, adding that the ex governor is very eager to see the conclusion of the charges before the court and so, will not jump bail.

He told the court that Fayose willfully submitted himself to the EFCC, immediately after leaving office as governor, which shows his readiness to face the charge.

In a short ruling last Wednesday, Justice Mojisola Olatoregun noted that the allegations proffered by prosecution in its counter affidavit were grave.

She nonetheless, granted the accused bail in the sum of N50 million

“The defendant is admitted to bail in the sum of N50 million with two sureties in like sum,” the judge said.

She added that the surety is to present a bond of N50 million from a reputable insurance company or a first line bank which is acceptable by the court.

The judge held that there must also be the production of three years tax clearance, while the accused must ensure he attends court for trial unfailingly otherwise, the bond would be forfeited.

The court ordered that the international passport of the accused should be deposited with the court’s Deputy Chief Registrar (DCR). She adjourned the case till November 19 for trial.

However, following his inability to perfect the bail conditions, the former governor spent the weekend in detention until yesterday when he perfected the conditions.

However, THISDAY gathered that it was an emotional situation yesterday in Ikoyi Prison as scores of detainees broke down in tears as information filtered in that Fayose had met his bail conditions.

The emotional breakdown might not be unconnected with the fact that, while in the EFCC detention, the former governor had last week fed the detainees numbering about 150 as he also secured lawyers for some of the them that are in genuine need of legal representation.

On Fayose’s official Twitter page, Olayinka had revealed: “Fayose took his Stomach Infrastructure to the EFCC office in Lagos today as he provided food for over 150 people (detainees and visitors).

“The highly elated detainees jointly sang the National Anthem after their stomachs were adequately filled.

“Also, he has secured lawyers for some of the detainees that are in genuine need of legal representation and promised to assist those having challenges in meeting.” 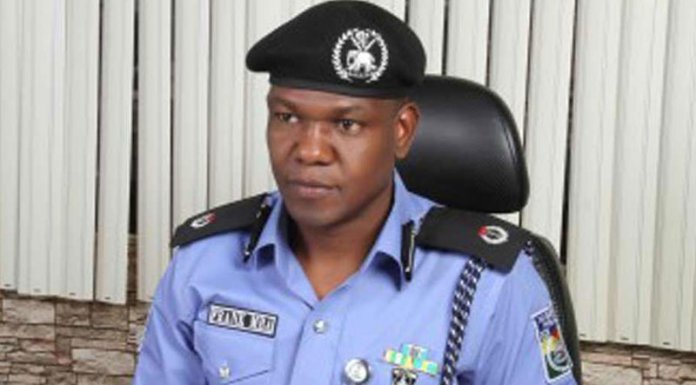