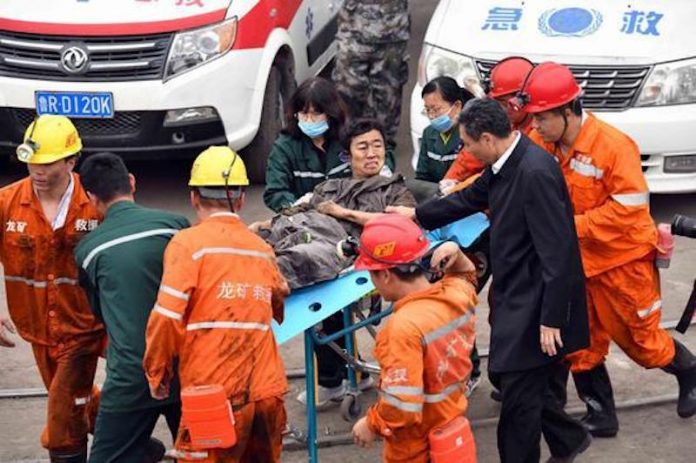 The death toll from a mining accident in Eastern China has risen to 21 after the last miner was found dead on Monday, state media reported.

A total of 22 people were trapped underground after a rock burst in a coal mine in Shandong province on October 20.

Only one person was rescued, authorities said.

Rock bursts happen when the opening of a deep mine shaft reduces pressure, causing the rock to explode, and are one of the biggest hazards for miners.

The number of casualties rose gradually as the search and rescue crew made their way through a 74-metre-deep tunnel that was blocked on both ends by collapsed coal.

China is the world’s largest producer and consumer of coal, and its mines are regarded as the most dangerous in the world.

Thousands of miners are killed every year.

Many such incidents are blamed on poor safety regulations and a lack of oversight and most deaths are never reported in the media.