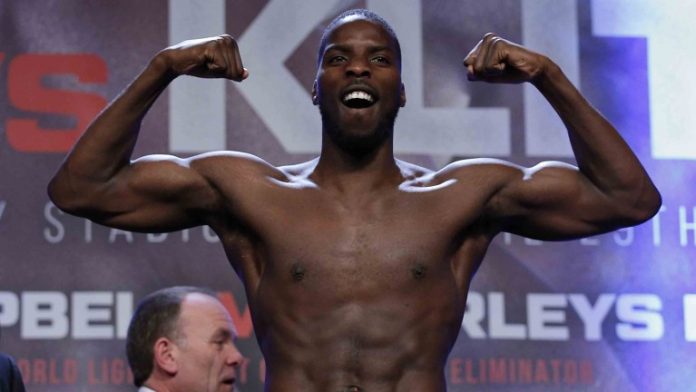 Lawrence Okolie will fly out to America to spar with Tyson Fury ahead of his WBC title fight with Deontay Wilder and could join the heavyweight division in the future.

Fury is basing himself at Big Bear Lake in California as he prepares to challenge WBC champion Wilder in Los Angeles on December 1, and Okolie has been called in as a sparring partner to replicate the American’s fighting style.

The unbeaten cruiserweight also sparred Anthony Joshua ahead of last month’s world title win over Alexander Povetkin, and is relishing the challenge of sharing the ring with the 6’9” tall Fury.

“I think it’s getting confirmed today or before the end of the week,” Okolie told Sky Sports. “I’ll probably go out next week, help out for a few weeks.

“It’s just going to be interesting to be in there with someone so much bigger than myself. He’s got a long reach, good boxing IQ, so it’s going to be a great opportunity to learn some stuff, and just work.”

In 10 fights, Okolie has already claimed the British and Commonwealth titles in his weight class and admits he would welcome the chance to test himself against the sport’s biggest fighters.

“It’s an ambition of mine to move up to heavyweight, but I still feel like I have a lot of fundamentals that need to be ironed out at cruiserweight,” he said.