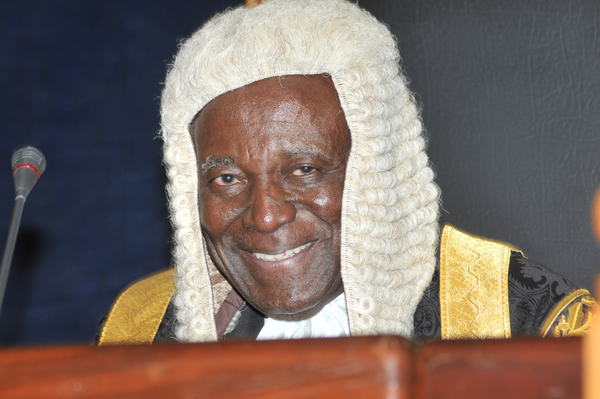 By Omololu Ogunmade, Adedayo Akinwale in Abuja and Laleye Dipo in Minna

Sani confirmed the death in a telephone interview with THISDAY in Minna.

The late former CJN was 78 years old and left behind 18 children and over 40 grandchildren.

“We are making arrangements to transport our father back for burial,” he said.

Sani, a former member of the House of Representatives, told THISDAY on phone from London, “We gave him the best medical treatment available but you know he was old so his time was up and he has to go.”

He said the exact date for the burial of the late jurist could not be immediately known because of the protocol involved with the movement of his remains.

Among those who expressed sadness over the demise of the former CJN yesterday were President Muhammadu Buhari; former military president, General Ibrahim Babangida; former Vice President, Alhaji Atiku Abubakar; Senate President Bukola Saraki and a host of others.

He also graduated from Ahmadu Bello University, Zaria, after which he left for England, where he studied at the School of Oriental and African Studies, University of London and Gibson and Weldon, before returning to attend the Nigerian Law School in Lagos.

Justice Kutigi served as the Attorney General and Commissioner for Justice in Niger State until 1976, when he was appointed high court judge.

He was on the bench in Niger for more than 10 years before his appointment as a judge of the Supreme Court in 1992.

After 10 years at the Supreme Court, based on the recommendation of the National Judicial Council (NJC), former President Olusegun Obasanjo appointed him to the position of Chief Justice to succeed Justice Salihu Alfa Belgore, who retired on January 17, 2007.

He retired on December 30, 2009 and did the unusual by swearing in his successor, Justice Aloysius Iyorgyer Katsina-Alu, who died in July.

He did so because President Umaru Musa Yar’Adua was not in the country at the time, due to ill-health.

Many of those who knew him said the late CJN would be remembered for his high sense of integrity, incisive judgments, reform-mindedness and immense contributions to national development.

After retirement, he was made the Chairman of the Constitutional Conference set up by the President Goodluck Jonathan administration in 2014.

Buhari Condoles with the Family

President Muhammadu Buhari yesterday condoled with the family of former CJN, urging all who mourn the late jurist to honour his memory by working for a better and just society.

The president, according to his spokesman, Mr. Femi Adesina, also commiserated with members of the judiciary and legal profession, the government and people of Niger State on the demise of the eminent jurist.

Adesina said the president joined the family, the judiciary and legal profession in mourning the elder statesman whom he said would be long remembered and honoured for his visionary roles and contributions towards building a strong, independent and impartial judiciary, which is sine qua non for democracy to thrive.

IBB: I Received Tutelage under Kutigi

Babangida, who said he received tutelage under Justice Kutigi, expressed regrets at the death of the jurist.

“I recall with nostalgia the early tutelage I received under him (Kutigi) at Government College Bida in the late 1950s,” he said in a tribute signed on his behalf by his media office in Minna, the Niger State capital.

The former military president said the deceased was “consistently upright and it was no surprise that he rose to become a very respected judicial officer and ultimately to the highest judicial office in Nigeria.”

Similarly, Atiku said Kutigi’s death had robbed the country and the judiciary of one of the best legal minds whose contribution to democracy cannot be easily forgotten.

In a statement yesterday by his Media Aide, Mr. Paul Ibe, in Abuja, the presidential candidate of the Peoples Democratic Party (PDP) said Kutigi was a great justice, who avoided controversy throughout his judicial career, and that his commitment to law and justice and democracy would be remembered for years to come after his death.

On his part, Saraki expressed sadness over the death of Justice Kutigi, and described him as a honourable jurist who spent his life in the service of his country and humanity.

Saraki in a statement by his Special Adviser, Media and Publicity, Yusuph Olaniyonu, in Abuja, stated that the death of the jurist was a colossal loss, particularly coming at a time when his experience, dedication and knowledge were required in the service of the country.

He stated that Justice Kutigi would be remembered for his high sense of integrity, incisive judgments, reform-mindedness and immense contributions to national development.

He described his death as a great loss to the country in general and Niger State in particular. In a statement signed by his Chief Press Secretary, Mr. Jibrin Ndace, the governor also eulogised the iconic legal giant, describing his contributions to the development of the justice system in the country “as immeasurable”.

The Edo State Governor, Mr. Godwin Obaseki, also joined the mourners, saying the passing of Justice Kutigi was great loss to the nation.

In a statement, Obaseki described Justice Kutigi as a quintessential justice, who served Nigeria meritoriously, contributing his quota to the development of the judiciary and to the Nigerian project in more ways than one.

According to him, “I commiserate with late Justice Kutigi’s family over the passing of the justice, whose contribution to Nigeria and his home state, Niger, are as remarkable as they are noble. He embodied the spirit of a true Nigerian, working to advance the rule of law and upholding justice.”

Delta State Governor, Dr. Ifeanyi Okowa, commiserated with the government and people of Niger State as well as the family of Justice Kutigi over his passage.

A statement issued yesterday in Asaba by the Chief Press Secretary to Governor Okowa, Mr. Charles Aniagwu, said the governor noted that Justice Kutigi contributed immensely to Nigeria’s growth and the development of the judiciary.

“I am deeply saddened by the demise of Justice Kutigi, former Chief Justice Nigeria, who served Nigeria diligently and meritoriously even as he left a legacy of discipline, brilliance and selflessness for the younger jurists to emulate,” he said

PDP: Kutigi’s Demise is a Huge Loss to the Nation and Judiciary

The PDP expressed sadness over the demise of Justice Kutigi, describing it as a huge loss to the nation and the judiciary.

In a statement by the party’s National Publicity Secretary of the party, Mr. Kola Ologbondiyan, PDP described Kutigi as an outstanding administrator; a fearless, impartial and firm judicial officer, who upheld justice and the law in all his assignments at the bench.

The PDP said it’s grief-stricken that this noble Nigerian left the stage at the time his wealth of experience is needed the most.

Meanwhile, the judiciary has declared seven days mourning, to honour the former CJN.

The CJN, Justice Walter Onnoghen, yesterday directed that the Nigerian National Flag in the premises of the Supreme Court, the CJN’s official residence in the Three Arms Zone of Abuja, all judiciary institutions including the National Judicial Council (NJC), the National Judicial Institute (NJI), the Federal Judicial Service Commission (FJSC), as well as all Courts of Records in the country, should be flown at half-mast for a duration of seven days.

Similarly, the CJN instructed the Chief Registrar of the Supreme Court to open condolence registers at both foyers of the court to enable Justices of the court and other well-wishers pay their last respects to the deceased jurist.

In a statement signed by his media aide, Mr. Awassam Bassey, Justice Onnoghen, said he received the news of the demise of the erstwhile CJN with sadness. 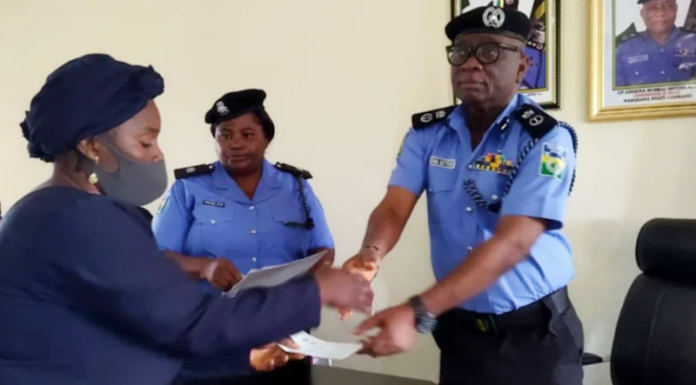