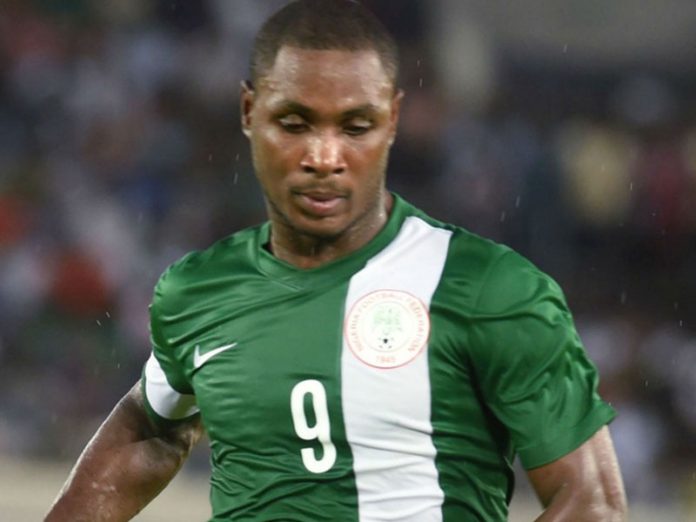 Changchun Yatai of China striker, Odion Jude Ighalo has expressed optimism that the new found form displayed by the Super Eagles against Libya would be enough to see them defeat South Africa next month.

With the Eagles haven taken all six points off the Libyans, winning 4-0 at home and 3-2 away, for a massive 7-2 aggregate win, Ighalo said in a TV sports programme monitored by footballlive.ng that he is happy that the Nigerian team have now hit top form.

He, however, admitted that the game against South Africa will be tough, as Bafana Bafana are also eager to reach Cameroon 2019, but stressed that it is a match the Eagles want to win.

Ighalo recounted how the South Africans shocked Nigeria by beating the Eagles 2-0 in Uyo last year, at the start of the race to AFCON 2019, and stated that it would only be fitting to pay them back in their own coins.

With that in mind, Ighalo is now thinking positively ahead of the match in Johannesburg on November 17 and, while admitting he would love to score again, the six-goal hero says the Eagles will play as a team to win.

Ighalo said: “The match in South Africa will be tough, but we have to win that match for us to go to the Nations Cup.

“We want to be at the Nations Cup, so we have to beat South Africa at their own home. They did the same to us in Uyo, so we want to return the favour to them.

“I am happy with the new form in our team, we have improved since that first match last year, and I know we can do better against South Africa.

“I would love to score, I am happy to score and I am paid to score, but it is always the team first. So, we will play together to win in South Africa.”