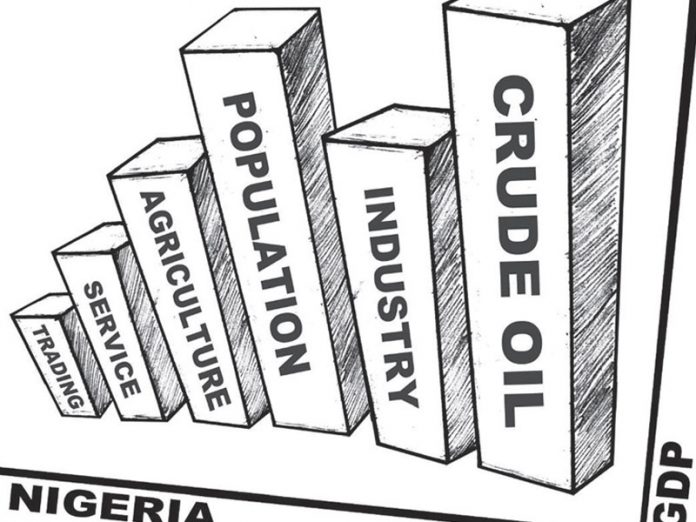 Government could do more to diversify the economy

With so much talk about diversification, we thought that the federal government would pounce on every available opportunity to live this economic wisdom. Yet, apart from the few people involved in the oil and gas sector, which is about the only industry that still thrives in Nigeria despite its own challenges, many other industries that provide sources of livelihood are in coma. That then accounts for why at the end of every month, governors congregate in Abuja for the distribution of oil revenues.

From Abuja, the shares of oil proceeds are taken to the states and local governments to be spent. This cheap money has tended to retard other productive activities such that the need for economic diversification is only remembered in times like this, when revenue available for distribution to the three tiers of government is dwindling. Unfortunately, even in these moments, there is still no real commitment to the much –talked about agriculture which nonetheless contributes the bulk of the Gross Domestic Product (GDP) in the country today.

We are particularly worried that Nigeria continues to neglect cash crops like cocoa, oil palm and groundnuts, which for years constituted the mainstay of the country’s economy. In the early 1960s, Nigeria’s palm oil production accounted for 43 per cent of the world production, but now accounts for less than seven per cent of global output, with most of the production coming from dispersed smallholders. Malaysia, which sourced its first oil-palm seed from Nigeria, is the world’s second largest producer.

The case of cocoa is lamentable because Nigeria used to rank among the first five largest producers before the neglect. Nigeria’s cocoa production which peaked at around 400,000 tonnes a year in the 1970s now accounts for far less. This is despite the best efforts of the National Cocoa Development Committee (NCDC) to rehabilitate old firms, supply heavily-subsidised agro-chemicals, start new plantations or replant aged ones with high-yield trees, and promote the local consumption of cocoa-based products to boost prices.

Also, the famous groundnut pyramids, which hallmarked the groundnut boom in the 1970s started disappearing with the discovery of oil. Not even the establishment of the African Groundnut Council under the aegis of the African Union to promote the production, consumption and exportation of groundnut oil in six countries of Africa including Nigeria, has helped matters. Like the case of oil palm, groundnut production is done today mostly by small-holders. Worse, the largely subsistence agricultural sector has not kept up with rapid population growth, and Nigeria, once a large net exporter of food, now imports most of its food products. Even with all the arable lands, Nigeria is now a nation that cannot feed its people.

As a consequence of this neglect, the economy is sadly over-dependent on the oil sector, which provides less than 25 per cent of GDP, despite accounting for 95 per cent of foreign exchange earnings, and about 65 per cent of government revenues. Oil has also created a culture of fast money through government patronage and corruption. The farms are no longer attractive to the able-bodied youths of the country who stream daily to political capitals of the nation – federal, states, local councils – for this cheap oil money.

We believe that there are still very many opportunities for the country to diversify the economy. As we have said repeatedly on this page, overdependence on oil revenue is risky, unsustainable and even unwise. That of course is why the national economy remains so fragile. We therefore urge government to demonstrate some seriousness in diversifying the economy.