The Senate yesterday approved the issuance of $2.786 billion from the International Capital Market to part finance the 2018 budget.

The Senate also approved the issuance of $82.54 million to refinance the balance of $500 million matured Eurobond in the International Capital Market.

This is sequel to the presentation at plenary of the report on the implementation of the new external capital raising of $2.786 billion from the International Capital Market approved in the 2018 Act by the Chairman of the Senate Committee on Local and Foreign Debts, Senator Shehu Sani.

In his five-page presentation, Sani said the committee emphasised the urgent need by the federal government to reduce its request for more external borrowing and source for other means of generating revenue internally.

The need for government to step up internal revenue generation, according to Senate resolution on the issue as read out by Senate President, Dr Bukola Saraki, was informed by the need to avoid a cleverly managed reconquest of our country through a debt- overhang.

The Senate also observed that the issuance of the bonds will contribute to the implementation of the Debt Management Strategy, which seeks to reduce the cost of borrowing, lengthen the maturity of the public debt stock, free up space in the domestic market for other borrowers and will help to increase Nigeria’s external reserves.

Said the committee, “We also belief that the external capital raising of $2.786 billion will result in a portfolio mix of Domestic Debt – 68 per cent and External Debt- 32 per cent, which is an improvement over the ratio of 70:30 as at June 30, 2018. This brings the debts portfolio mix closer to the target of 60:40.”

The upper legislative chamber also emphasised that the issuance of the Eurobond is for the part financing of the 2018 budget with particular interest to finance key infrastructure projects in the 2018 budget.

This resolution followed a motion on the illicit and excessive bank charges on customers’ accounts, sponsored by Senator Olugbenga Ashafa.

The Senate also called on commercial banks operating in the country to configure their machines to dispense up to N40,000 per withdrawal pending the outcome of the investigation by the Senate committees tasked with investigating the excessive and illicit bank charges.

Other senators who contributed to the debate, called on banks to review their charges.

On his part, Senator Emmanuel Bwacha said, “Banks declare profits and you wonder where these profits are coming from, it’s from the sweat of the common man. Let us come up with a law that puts banks on their toes.

“It won’t be out of place to institute a committee that will call on the CBN to tell us what these charges are about. The Senate by fiat should abolish charges if they can’t be verified,” said Senator Bala Ibn Na’Allah.

Also contributing, Senator Kabiru Gaya declared, “The Senate must take a serious stand on this issue. Nigerians are really suffering. The banking system is not encouraging. I had an issue, took it to the bank and was refunded but how many Nigerians can do this? The issue needs to be addressed.”

The Senate further directed its Committees on Banking, Insurance and other Financial Institutions and Finance to conduct an investigation into the propriety of ATM card maintenance charges in comparison with international best practices and report back to the Senate.

It directed the committees to invite the governor of the CBN to appear before it to explain why the official charges as approved by the CBN are skewed in favour of the banking institutions as against the ordinary customers of the banks.

The Senate also enjoined the Consumer Protection Council (CPC) to look into the various complaints of excessive and unnecessary charges by banks in the country.

Saraki in his remarks said, “This is a motion that affects the lives of every Nigerian — irrespective of what part of the country you come from or whatever political affiliation you might have. This is why we are here – to always defend and protect the interests of our people.”

According to him, the Senate must work to ensure that the Senate’s resolutions on the excessive bank charges goes beyond the debate stage, so that whatever action the Upper Legislative Chamber takes, would come into effect.

“This Senate has done this many times before; when there was a hike in the mobile telecommunication data charges, we intervened and put an end to that. When there were discrepancies and increases in electricity tariffs we also took action. We have done this on a number of similar cases. Therefore, on this, I want us to take effective resolutions,” Saraki further said.

Also at the Presidential Villa, the Federal Executive Council (FEC) wednesday approved the issuance of $2.9 billion Eurobond from the international capital market for the implementation of N849.67 billion external borrowing plan in the 2018 budget.

Briefing journalists at the end of yesterday’s weekly Federal Executive Council (FEC) meeting in the State House, the Minister of Finance, Mrs. Zainab Ahmed, said the bond would be used to implement capital projects in the 2018 budget.

Furthermore, the minister said the council also approved a memorandum authorising the Ministry of Finance to raise another $82.54 million to make up for the shortfall of the $500 million Eurobond which matured in July this year.

The minister also disclosed that in pursuit of the issuance of the Eurobond, the council approved another N374.6 million as legal fees for technical, financial and legal advisers that will be engaged to handle the transactions on behalf of Nigeria.

Ahmed said, “Today, in the Federal Executive Council, we got approval for the issuance of $2.9 billion and other securities in Eurobonds from the international capital market and the focus of this approval is to enable us implement the borrowing external plan of N849.67 billion equivalent of $2.786 billion which is provided for in the 2018 Appropriation Act and this is to fund capital projects in 2018 Budget.

“We also as part of that, got approval to raise the sum of $82.54 million to bridge the shortfall of the 500million Eurobond that matured on the July 12, 2018. In addition to this approval for the issuance of Eurobond, we also got the approval for payment to transaction parties and their respective fees like settling bills and expenses.

The minister who also disclosed that so far, N460 billion had so far been released for the implementation of capital projects in the 2018 budget, added that the president had also approved the payment of the last set of the next Paris Club refund to states.

The minister who did not state the amount of the Paris Club refund to be made, however, said the refund would not be automatic as the president gave conditions for payment of the refund to the states.

According to her, the conditions given by the president included certified payment of salaries to workers in the states with the previous Paris Club refunds and convincing assurance from governors that this forthcoming refund will also be used for the payment of salaries.

“Let me also move to the question that borders on capital releases. About two weeks ago, N460 billion was released for capital budget.

“In respect of the Paris Club, Mr. President has given approval for the payment of the last Paris Club refund to the states but the approval came with some conditions which we are trying to work out together with the states to meet.

The minister also disclosed the reason only N22.6 billion of the earlier approved N45 billion for the payment of gratuities to ex-staff of the Nigeria Airways, saying the president approved only 50 percent of the total figure due to shortage of funds adding that the government hopes to pay the balance of 50 percent next year.

“The approval given for payment of entitlements to the ex-staff of Nigeria Airways was N45 billion and because of paucity of funds, Mr. President gave approval for the payment of 50 per cent of N22.6 billion. We hope in 2019, to pay the balance of 50 per cent,” he said.

She further disclosed that FEC approved $60 million yesterday for the implementation of various projects in nine states of the Niger Delta.

“In addition to this approval of this Eurobond today, we also got approval for livelihood of family improvement project in Niger Delta. The project is called Life and D. It is in the sum of $60 million that will be a combination of loans and grants. The projects will be implemented in the Niger Delta States of Abia, Akwa Ibom, Bayelsa, Cross River, Delta, Edo, Imo, Ondo and Rivers State.

“However, when we reviewed the project in the nine states, we found that six of the states met their own requirements while three did not. So, the three will be assisted to enable them improve and join the team in 2019,” she added. 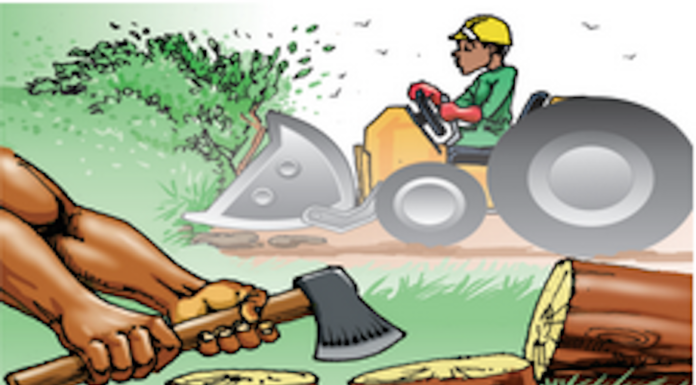