No fewer than 11 expatriate workers and others yet to be identified have been reportedly trapped in a collapsed building in Okpuno, Otolo, Nnewi North Local Government Area of Anambra State.

A source in Nnewi told THISDAY that the expatriates were mainly masons, tillers and other site workers who hail from neighbouring West African countries, and were working in the three-storey building.

The source said the incident happened very early Thursday morning, and has generated a lot of tension in the industrial town of Nnewi as people ran around to check on their relatives who usually visit the site to work.

He said rescue workers were already at the scene to rescue the victims, while security agents were also at the site.

It could not be ascertained if any death has been recorded.

The Police Public Relations Officer in the state Haruna Mohammed confirmed the story, but stated that it happened on Wednesday night.

He said nine of the expatriates had been rescued alive, while rescue workers were working assiduously to rescue the remaining two.

He said: “A distress call was received from the vigilante group in Okpuno that a three-storey building belonging to one Mr Avoyi Collins collapsed at Okpuno Otolo in Nnewi LGA of Anambra State.

“Police patrol teams led by the Area Commander Nnewi, Nnanna Ama, rushed to the scene and cordoned off the area to prevent looters from taking advantage of the situation to steal.

“Volunteers were also mobilised for the rescue of trapped victims including 11 foreign masons from the Republic of Togo.

“So far, nine of them were rescued alive from the collapsed building, while efforts are ongoing to rescue two others who are still trapped inside the debris.

“The rescued victims were rushed to the Community Health Centre, Okpuno for medical attention and investigation is ongoing to ascertain circumstances surrounding the incident.”

Hon. Chukwudi Orizu, Chairman of Nnewi North Local Government, who also rushed to the site, told journalists that he received the information Thursday morning and decided to rush down after alerting the state governor through his deputy, Dr Nkem Okeke.

He said the state government promptly organised rescue workers, adding that he is confident that those still trapped in the debris would be rescued alive.

The cause of the collapse could not be ascertained as at the time of filling this report. 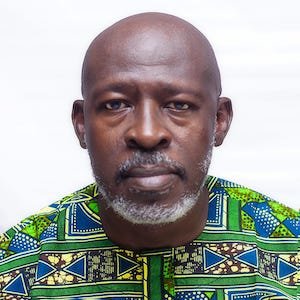