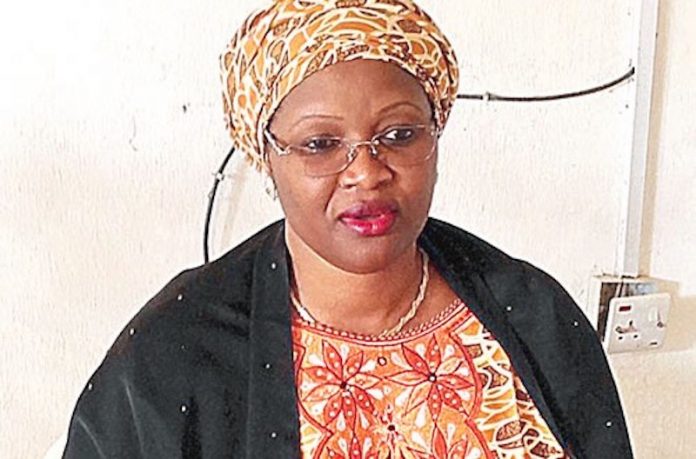 A former Minister of Finance, Senator Nenadi Usman, yesterday petitioned the Inspector General of Police, Ibrahim Idris, over the murder of her 31-year-old daughter, Anita Akapson by a Police Officer.

Idris has however, ordered for the detention and investigation of policemen said to be involved in the incident that led to the death of Akapson.

In a letter through her counsel, Dr. Kayode Ajulo, the former minister, who called for a thorough investigation of the murder, threatened legal action should the police authority refused to act.

“Our clients has availed us the circumstance of the gruesome murder of their daughter, Anita Akapson, (31 years old) who was gruesomely shot at close range by a trigger-happy police officer for reasons unknown to our client.

“It is our brief that our clients received a distress call at about 11pm on the 13th of October, 2018 by an anonymous caller who informed them that their daughter was in Gwarinpa District Hospital. But, on the arrival of our Clients at the Hospital, Miss Anita had died from the gunshot injuries.

“Several eye witnesses (names withheld) detailed to our Clients how the deceased was trailed, targeted, intercepted, her vehicle brushed, blocked and shot at close range by a police officer while she was sitting in her vehicle (An Honda Accord Salon) at Katampe District, Abuja.

“The circumstances of the trailing, tracking and gruesome murder of the deceased who had a strong affinity with Senator Nenadi Usman, a member of the leading opposition political party in Nigeria, and who is presently facing continuous prosecutions from the States, unleashed with inattentive executive sanctions, calls for thorough and comprehensive investigation”.

Ajulo said that his client has reasons to be apprehensive based on the circumstances as enumerated above particularly the shielding of the suspected officers, a Superintendent of Police involved in the matter.

He posited that given the level of intimidation of opposition by the instrumentalities of the State, his Clients “are worried as to the intent or possible calculated assassination of the deceased to further cause pain and anguish on the family”.

Ajulo said, “We, therefore, based on the foregoing, urge you to use your good offices to cause a comprehensive investigation of the killing and surrounding circumstances without further delay to unravel the intent and the culprits behind this mindless act.

Meanwhile, the Inspector General of Police has ordered for the detention and investigation of policemen said to be involved in the incident that led to the death of Miss Anita Akapson.

The order, which was directed to the Commissioner of Police, Federal Capital Territory (FCT) Abuja, is to ensure that all those found culpable are made to face the full wrath of the law.

The police suspects were said to have shot and killed the Late Miss Anita Akapson on the night of October 13, 2018, at Katampe Extension, Abuja.

In a statement issued yesterday, the Force Public Relations Officer (FPRO), Deputy Commissioner of Police Jimoh Moshood said, “The Inspector General of Police has directed the Commissioner of Police, Federal Capital Territory, Abuja to immediately detain and personally carry out a thorough investigation of policemen involved in the incident that resulted in the death of Miss Anita Akapson at Katampe Extension, Abuja on the night of Saturday, October 13, 2018; and bring the perpetrators to justice.”

Moshood said the IG had deeply commiserated with the family of the deceased and assured them that justice will be done in the matter, adding that the Commissioner of Police, Federal Capital Territory (FCT) Command is already in touch with the family, as directed by the Inspector General of Police.

He however, promised that the police would made public the outcome of investigations of the incident.