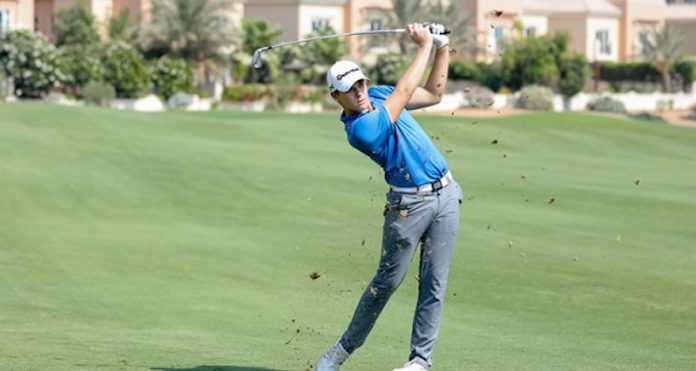 Mohammed Suleiman reinforced his reputation as a prolific golfer following his emergence as the men gross champion at the 2018 Total Charity Golf Tournament in Abuja, over the weekend.

Two weeks after winning the Independence Day Golf Tournament at IBB international Golf and Country Club, Abuja, Suleiman, a former Competition Secretary, got over the line ahead of a pack of 150 golfers, to seal the Total tournament with 75 gross.

Also outstanding at the event was Samuel Anyamele, who signed for 38 points to clinch the Veteran Prize.

The participating golfers raised N1.2 million at the tournament. The overall proceeds of N3 million was donated for two Abuja based charity homes- the Fortitude Children’s Home, Lugbe, which cares for vulnerable children and Anawim Home, Gwagalada, founded for adults and children with special needs. Each charity foundation received the cheque of N1. 5 million.

The Managing Director of Total E&P, Mr. Nicholas Terraz, said the tournament, which was conceived in 1995 to bring together golfers, business partners and other stakeholders for a weekend of great golf and networking had become a platform for reaching out to the less privileged members of the society in conformity with Total’s Corporate Social Responsibility (CRS) policy and for the collective love for golf to focus more on shared love for people.

“At Total, we have a long tradition of supporting sports around the world because for us, sports represents energy, unity, solidarity and team spirit and these are values we cherish and promote as a company,” Terraz said.

Also speaking with THISDAY, the Executive Director, Corporate Affairs and Services, Total E &P, Abiodun Afolabi, said the tournament is rotated in three locations- Lagos, Abuja and Port Harcourt -with the stakeholders coming together to raise money for charity in each of the three regions.