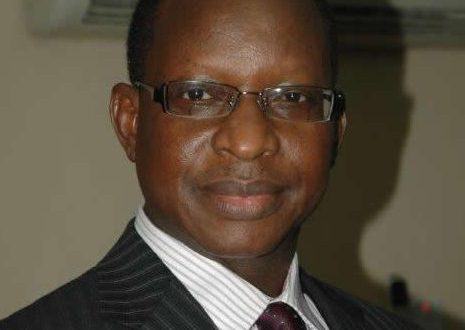 Airline distribution solution provider in aviation industry, Sabre Network West Africa has advised airlines and travel agents in the country to migrate to its platform, which it described as the best in the sector.

The company over the weekend in Kano State also felicitated with its clients in the Northern zone of the country by giving out various prizes ranging from cash, refrigerators, screentouch laptops, while the grand prize winner, Hamsyl Travels and Tours went home with a brand new KIA Rio car.

Speaking at a seminar oganised for the travel agents and airlines in the zone in Kano with the theme: “Do it Right,’ the Chairman Sabre Network West Africa, Gabriel Olowo, said that Sabre as the global distribution system (GDS) has grown to become the leading company in the world.

Olowo explained that unlike other platforms were travel agents incurred agency debit memo (ADM), after little errors in bookings; the reverse was the case with Sabre.
Sabre Network West Africa has been in Nigeria for over 10 years and has spread its tentacles to other West African countries within the period.

The Sabre boss noted that with improved technologies in the global aviation industry, it was pertinent for stakeholders in the sector in Nigeria to device a mean of relevance, warning that without this, most of them would be left behind in industry development.
He explained that Sabre would help to improve the services of travel agents, tour companies and airlines, stressing that Nigerian carriers had a lot to learn from their foreign counterparts in technology, especially those who have migrated to the network.

He said: “Our testimony is Emirates, Ethiopian Airlines and other major carriers around the world that have embraced the state-of-the-art technologies that we have to offer. Sabre is a good partner to travel agents, airlines and even the tourism industries.

“Azman Airlines is already partnering with us in principle. Sabre is the best partner you can have in this business. Our intent is to improve services of our clients and our Nigerian airlines have a lot to learn from their counterparts who are using our services. The only assurance we are giving airlines and travel agents in this country is that once we partner with them, they will begin to do it right.

“I want to thank the American company for trusting the Nigerian people with their business. The next move for us is to further spread to other countries in the region.

At the forum Olowo also promised to donate a bus each to the five zones of the National Association of Nigerian Travel Agency (NANTA), which included Lagos, Port Harcourt, Abuja and others, saying that this would also ease movements among the members of the group.
Olowo made cash presentation of N1,0090,00 to Agaji Travels and Tours, N1,400,968,000 to Madina Travels and Tours while the sum of N1,795,610 went to Raudah Travels for their loyalty to Sabre over the years.

The grand prize of Kai Rio went to Hamsyl Travels and Tours with other consolation prizes of touchsceren laptops, refrigerators and umbrellas to other travel agents, it was the second time Hamsyl would be recognised for its relationship with Sabre. About four year ago, the company was given a bus for its loyalty.
The Chairman of Hamsyl, Alhaji Alisu Inua, lauded Sabre for the donation of the Kia Rio to his company.
He promised that the company would continue to transact business with Sabre and called on other travel agents across the country to migrate to the platform.

He said: “This is the happiest day in the life of this organisation. I am very happy that we got the grand prize of a car. Four years ago, we equally warned the ground prize of a bus and today is another achievement for us.
“We have been in partnership with Sabre Network West Africa in the past 10 years and our relationship has been mutual ever since. I want to advice all the travel agents in Kano to move their business to Sabre. They are the only company that can push us forward.”

Besides, Chairman of Blue Wings Travels, Alhaji Aliyu Abdullahi, urged all players in the sub-sector to sign on to Sabre.
He also commended Olowo for the planned donation of five buses to all the zones of NANTA, stressing that this would also drive clients to it.

Abdullahi who also doubles as the Vice President of NANTA in the Northern Zone, insisted that Sabre is a company to partner with for improved businesses.
There were also paper presentations by Mrs. Hannah Ogunsulere, the Head, Research and Manpower, Sabre Network West Africa and Mr. Olusegun Taiwo, Head Technical Service of the company.
Ogunsulere’s paper was on ‘Do it Right’ while Taiwo presented a paper on ‘Creating an Online Sales Channel.’