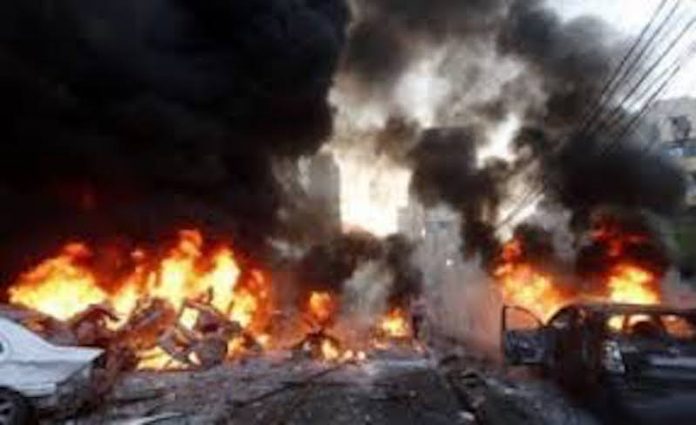 As the death toll in the recent pipeline explosion in Abia State hits 150, Senator Theodore Orji, has called on the Nigerian National Petroleum Corporation (NNPC) to hasten up and repair all its leaking pipelines to halt further avoidable deaths.

He made the call at the weekend when he visited Umuimo and Umuaduru in Osisioma Local Government Area where pipeline explosions occurred last Friday killing dozens of people.

Community leaders told the Senator representing Abia Central that the death toll has risen to over 150.

The Chairman of Osisioma council of traditional rulers, Eze Ikechukwu Chiavoghilefu, said the number of casualties has been rising steadily as dozens of people that were badly burnt eventually died, citing a particular clinic where about 70 victims were brought on Friday and in less than 24 hours over 30 of them succumbed to their injuries.

But Senator Orji said the deaths could have been avoided if the NNPC and its subsidiary, Petroleum Products Marketing Company (PPMC), which owns the pipelines, had heeded to the complaints of the community leaders.

The Chairman of Osisioma Local Government Area, Hon Ositadinma Mgbeahuru, and community leaders from the affected areas told their senator that officials of PPMC had been invited on three occasions to come and inspect the leakages and effect the necessary repairs but all to no avail.

He said the pipeline fire was as a result of “pure neglect by PPMC” and not vandalism as those who died in the inferno did not break the pipelines but only went to help themselves because they saw that fuel was gushing out from the broken pipe.”

The Department of Petroleum Resources (DPR) corroborated the fact that the explosion was not caused by vandalism.

Deputy Chief Technical Officer, Sani Balas, said there were no holes dug around the pipelines as was usually done by vandals to rupture pipes and siphon petroleum products.

However, while he blamed the hardships in the land for pushing people to endanger their lives, Orji said bad condition should not in any way make people risk their lives as only the living could enjoy life when things improve.

“Yes, there is poverty in the land; there is hunger and there is unemployment, but that should not be a reason for people to risk their lives. People should under no circumstances go near a leaking pipeline,” he said, adding that if leakages occur, the appropriate thing to do is “to call the attention of the authorities” and not to scoop fuel.

Orji who did not only visit the scene of the explosions but also went into the villages to see some victims at their homes, where he said the disaster should serve as a big lesson for everybody living in communities where pipelines pass through.

He assured them that he would take up the matter with the relevant federal agencies in order to get help for the victims, adding that the PPMC should no longer endanger people’s lives by pumping petroleum products in leaking pipelines without sealing the leakages.

The Abia Central Senator told journalists after visiting the scene of the explosions that what he saw “is a disaster area,” adding that aside from human lives that were lost, farm lands and vegetation, including economic trees, were also destroyed.