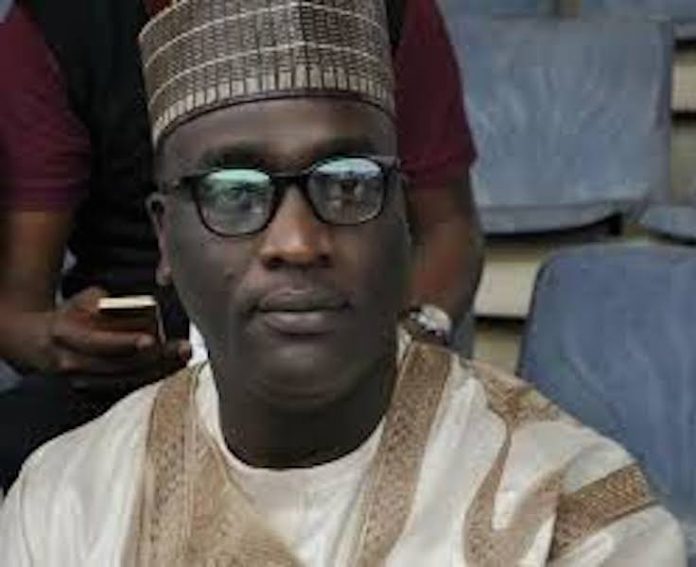 The All Progressives Congress (APC) has nullified the suspension of its National Vice-Chairman (North-east), Mr. Mustapha Salihu, by its zonal office.

In a statement issued by the National Publicity Secretary, Mallam Lanre Issa-Onilu Monday, the party described the purported suspension as “a nullity”.

APC’s statement said: “Our attention has been drawn to the purported suspension of the APC National Vice-Chairman (North-east), Comrade Mustapha Salihu by the ‘North East Zonal Office’.

“We state categorically that the purported suspension is a nullity as the ‘North-east Zonal Office’ does not have such powers to suspend a national officer. According to the party’s constitution, such powers reside with the National Executive Committee (NEC).”

The leadership of the party said there are avenues for redress in case of a dispute, adding that the party will wade in the matter to achieve amicable settlement.

“Whatever issues there might be, the party structure and constitution provides ample avenues for redress and dispute resolution.

“If the ‘North-east Zonal Office’ is unable to achieve a resolution, the National Working Committee (NWC) can and will wade in the matter to achieve amicable settlement,” it said.

Chukwuma, who said he obtained a nomination form, was screened and cleared to contest the Delta North senatorial primary election alongside Doris Uboh and Mariam Ali, alleged that his name was omitted from the ballot during the primary at the party’s state secretraiat.

He however declared that the purported winner of the primary was sponsored by the opposition party, the Peoples Democratic Party (PDP).

Speaking with journalists on Monday at the APC national secretarial, Chukwuma said there was no primary election in the state wondering how the winner emerged.

He said: “Three aspirants, Mariam Ali, Doris Uboh and myself were screened by the party’s screening committee after obtaining the nomination and indication of interest forms to contest the senatorial seat for the Delta North senatorial district, but unfortunately, the primary election never held on the stipulated date as we waited at the venue and both the Independent National Electoral Commission (INEC) officials were not there till about 3.30 pm.”

According to the aspirant, after waiting all day, the primary was said to be postponed to the next day where it was held in a different venue outside the official designated venue, the Technical College of Education, Asaba, which he claimed he reported to the party election committee chairman, Gen. Lawrence Onoja (rtd).

“I was disfranchised along with my delegates who are the largest in number against a Kangaro election held without my name found on the ballot paper and two boxes provided instead of three,” wondering how three candidates would be screened for an election and two would be made to contest.

“This act is tantamount to electoral fraud and I want the world to know what the party has done in the state regarding the primary election,” he said.

Chukwuma lamented that he has sent his complaints to the party chairman, Mr. Adams Oshiomhole, and the Appeal Committee headed by Prof. Oserheimen Osunbor but has not heard from neither and so, called on the party to declare him winner of the senatorial primary election in Delta North.