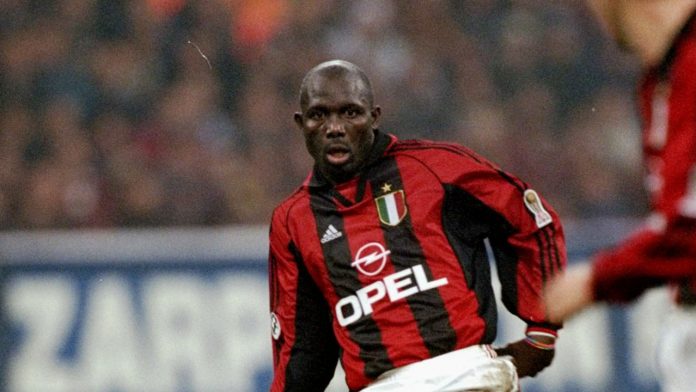 The former world footballer of the year, played in an international friendly for Liberia in September.

It was a first win in Group G for the Red Devils and lifts them to four points, leaving Liberia bottom of the pool with 1 point after three matches.

The two sides meet again in Monrovia on Tuesday.

DR Congo and Zimbabwe are the other two teams in Group G and they play on Friday in Kinshasa and then on Tuesday in Harare, both nations have four points from their opening two games.

Weah watched on as Merveil Ndockyt converted a cross on 15 minutes to give the hosts the lead at half-time in Brazzaville.

Norway-based Sam Johnson levelled two minutes after the break with a powerful shot that was warmly applauded by Weah who played for Monaco, Paris Saint-Germain and AC Milan.

However, Congo’s win was sealed with goals from two Princes – Ibara headed home after 62 minutes and Oniangue in the final minute of the game.