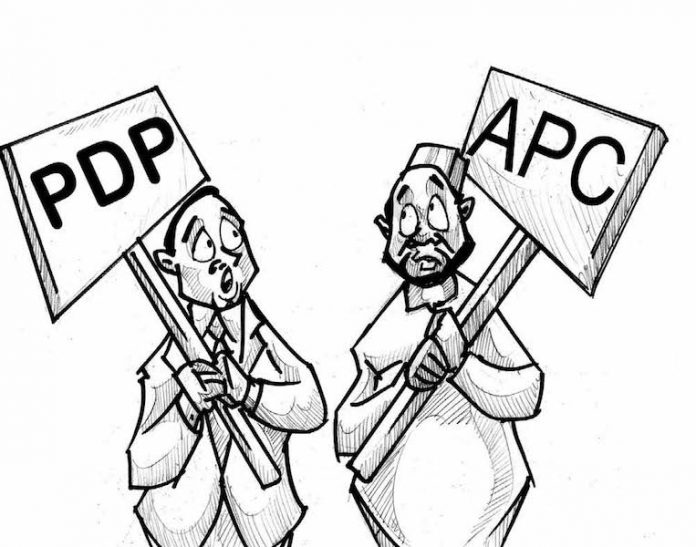 The nomination process, particularly in the ruling party, is marred by nasty tactics

All the political parties have conducted their primaries to nominate candidates for the 2019 election as dictated by the timetable and guidelines of the Independent National Electoral Commission (INEC). Unfortunately, at a period the nation needs innovative leaders at all levels of government, the process by which many of the gubernatorial and legislative candidates emerged in many of the leading political parties was marred by violence and unwholesome practices. Many of the fringe political parties also conducted primaries that were at best, laughable. But then these basically are seasonal parties that come alive only on the eve of elections and die off after.

The electoral act under which the primaries of the political parties were held stipulates that “the aspirant with the highest number of votes at the end of voting shall be declared the winner of the primaries of the party and the aspirant’s name shall be forwarded to the Independent National Electoral Commission as the candidate of the party.” That presupposes that candidates are to emerge after a process that involves ballot. Yet in many of these parties, the names of the candidates were merely announced without going through any process. There was also a heavy deployment of money to buy votes in places where ballots took place.

Meanwhile, the opposition Peoples Democratic Party (PDP) seems to have learnt some lessons going by the outcomes of most of its primaries. Aside a few states where the exercise was marred by crisis, the primaries were relatively credible. But one cannot say the same for the ruling All Progressives Congress (APC) which circumvented its own rules such that the wife of the president, Mrs Aisha Buhari has come out to publicly excoriate the party. “It is disheartening to note that some aspirants used their hard-earned money to purchase nomination forms, got screened, cleared and campaigned vigorously yet found their names omitted on election day; these forms were bought at exorbitant prices. Many others contested and yet had their result delayed, fully knowing that automatic tickets have been given to other people,” Mrs Buhari said while lamenting what she described as “impunity” in the APC.

Before the primaries, the APC was divided between the Adams Oshiomhole-led National Working Committee (NWC) that advocated direct exercise and the governors of the party who sought an indirect exercise that they could easily manipulate. At the end, the governors were allowed to choose whichever of the methods suited them. That was the prelude to the fiasco that may end in litigations in many of the 36 states. Yet, as we have repeatedly warned, a political party nomination process does not have to be a bazaar where votes are traded or some form of hollow rituals for the imposition of unpopular candidates.

Now that the candidates have emerged in all the political parties for the various offices in the country, we need rigorous debates at all levels before the general election in February next year. Over the years, electioneering campaigns in the country have been reduced to buying consumables which are distributed at rallies, paying off some local operatives, procuring the services of dancers to entertain crowds, etc. As things stand today, the people deserve more than such banality with every nook and cranny of the country characterised by infrastructure deficit caused mainly by the inability of those in power to harness the huge natural and human resources at their disposal for meaningful development.

As the parties begin the process of submitting the list of their candidates to INEC, we hope that there will be no further manipulation. Those who have secured the mandates of their fellow party members should not be substituted for those who have connections in high places.