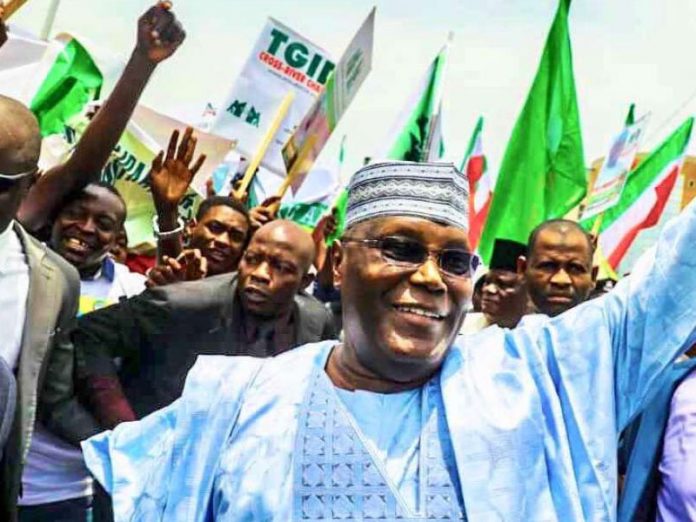 With 90 percent of votes counted and sorting of ballots continues, THISDAY Newspaper can comfortably project that former Vice President Atiku Abubakar  has won the presidential ticket of the Peoples Democratic Party.

Earlier on Sunday, President Muhammadu Buhari, who is the sole candidate of the All Progressives Congress was  endorsed by 14.8 million members of the party at APC’s national convention at the Eagle Square in Abuja.

Though candidates of several other parties also emerged at the weekend,  being the leading opposition party, it is expected that  February 2019 presidential election will be a straight contest  between the candidate of the PDP Atiku  and President Buhari.