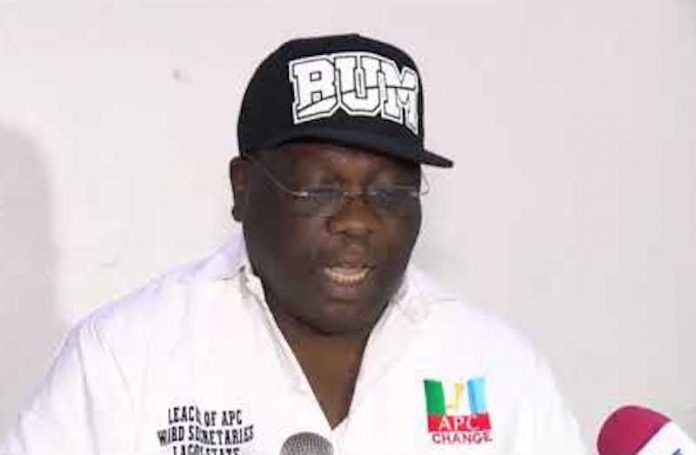 Ahead of today’s Lagos State governorship primaries of the ruling All Progressives Congress (APC) factional state chairman, Mr. Fouad Oki, has alleged plans to manipulation the party’s membership register to favour a particular aspirant, adding that this would not augur well for the party at the general election.

Oki, while addressing journalists yesterday doubted if the gubernatorial primaries would be free and fair, stressing that the venues and other information’s about the primaries were keep in secrecy and only disclosed to certain group of party members.

He faulted the membership cards and register that would be used for the primaries in the state, alleged that some members of the party would be disenfranchised in the process.

He wondered where the APC presidential primaries that took place in the state on Friday, got a figure of 1.9 million members that was announced to have voted in the primaries.

“We don’t know which membership register would be used for the gubernatorial primaries tomorrow.

“We raised the issue the other time that the recent State Congresses was illegal because they they hold it in 57 LGAs instead of 20 LGAs which our laws say and the national leadership refused to respond yo our letter, we are still in Court”

“There was no way such a number of people would have voted in that primary election as they were busy with other levels of primaries.

“Majority of our members were disenfranchised in the election. Even when our party leaders postponed the governorship election in the state there were elections in isolated places.

“We will like to know those who conducted the presidential primaries in the state and the register they used for that purpose.

“The membership card of the party was only distributed on Saturday and Sunday to select members of the party. I cannot keep quiet because I was part of those, who stayed back in Nigeria to fight the military tyranny then when some other people ran abroad for dear lives.

“I demand to know those who conducted the presidential primaries. The membership cards were given to local government chairmen to distribute instead of party chairmen in the council areas.

“The question now is was Lagos State given membership cards by the national of the party since no state had been given cards in the last one month, “ Oki said.

Oki, who was a former head of the Lagos State Safety Commission, added that his group was challenging the National Secretariat of the party to speak out if they had printed membership cards to Lagos State and if they ordered selective distribution of the cards.

He alleged that some set of people were planning to truncate the nation’s democracy, adding that if there was party primaries all the members must participate.

The politician emphasised that it was important for the generality of Nigerians to know that the process of the primaries of the party was skewed against the members contrary to all known ethics of democracy.

“If the National Chairman of the party and its National Working Committee refuse to carry us along through the primaries what happened in Osun State would be a child’s play.

“This was how it started in 1992 and we all suffered it because the leadership of the party undermined the voters in Lagos State.

“So, because of that there was crisis between Dapo Sarumi and the late Femi Agbalajobi, which caused the Social Democratic Party (SDP) to lose the governorship election to the late Sir. Michael Otedola of the National Republican Convention (NRC).

“Coincidentally, that happened in the month of May during the Ramadan and this one also started in May this year during the Ramadan period. The party primaries, which we could not manage then, caused us the Governorship election in the state,” he said.

He warned that the leaders of the party in the state should not undermine the majority members of the party or circumvent the system, while adding that the people of the state were watching and that they would make decisions during the general elections.

He pointed out that impunity would be the hallmark if majority of the members of the party were disenfranchised and that all was not well with party.

Commenting on the endorsement of a governorship aspirant of the party in the state, Babajide Sanwoolu by members of the state house of assembly for the second time, Oki said that they were coerced to do so.

“The National of the party should send a neutral set of people to conduct the primaries. Up till this moment, we don’t know the centres of the primaries and these ought to be published by the party for everybody to see.

“We say no to having collation centres of the party at the local governments secretariats. Whoever should conduct the primaries of the party should be known ahead to the aspirants.

“Chairman of the election committee of the party, Clement Ebiye should not allow himself to be stained. We will stand against the Chairman of the party in the state, Tunde Balogun and his executive members on the primary elections if it is not well coordinated.

“We will not mind if the election is postponed for a day or two. If the party dares us, we will speak loudly.

“We want to call on President Muhammadu Buhari and Vice President Yemi Osinbajo and the Board of Trustees (BOT) of the APC to look into the issue of Lagos. We must be equitable, just and fair,”Oki added. 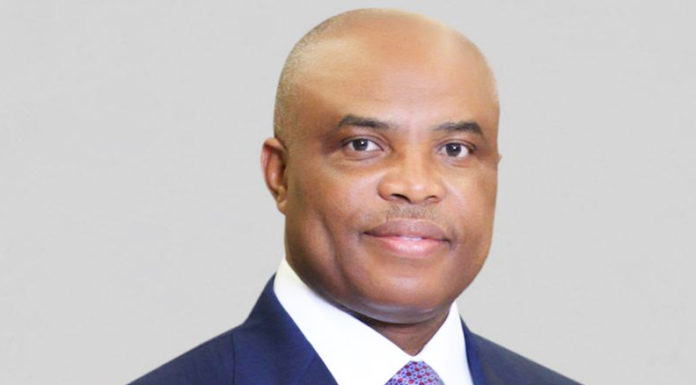