Key foreign investors, who met at various meetings with the Nigerian government delegation to the United Nation’s General Assembly in New York during the week, have expressed interest in scaling up investment in Nigeria.

A press statement by the Ministry of National Planning and Budget signed by the Media Adviser to the Minister, James Akpandem said at the Investors Roundtable held under the auspices of the Business Council for International Understanding (BCIU), the investors maintained that Nigeria remains the best investment destination in Africa with enormous natural and human resources,.

They investors, the statement added, observed that “Nigeria’s current government continues to show a commitment to creating a conducive business environment in the country.

According to the statement, the Minister of Budget and National Planning, Senator Udoma Udo Udoma, who gave an opening remarks at the event, appreciated the interest the investors had continued to show in Nigeria and thanked them for their willingness to spread the good news to others about the opportunities Nigeria offers to investors.

Udoma said President Muhammadu Buhari had promised the investors that he would restore peace in the troubled zones of the country, fight corruption and grow the economy, adding, “the Buhari administration has worked hard to ensure that those election promises are fulfilled”.

“The present government inherited a challenged economy with very weak fundamentals, but has worked hard towards not only getting the economy out of recession, but placing it on a path of sustained inclusive growth through a series of policy initiatives and deliberate actions”, the minister said.

The minister further noted that diligent implementation of the initiatives, had resulted in the economy emerging from recession within a short time and beginning to grow again. He emphasised that Nigeria’s Economic Recovery and Growth Plan (the ERGP) was anchored on partnership with the private sector with the government helping to create the enabling environment.

He further added: “That is why the government is focused on improving the country’s infrastructure and creating an environment with improvements in the ease of doing business, to encourage and attract local and global investors.

He emphasised the importance of having a well-educated, healthy and productive nation.

“There is no cause for investors to worry about the next year’s general elections, the minister told the gathering, as there will be no slow-down in the implementation of government programmes and policies in the period leading up to the elections; as he explained that the ERGP is a medium term economic blueprint which runs through 2020.

The plan, Udo Udoma, explained was produced after extensive consultations with all the relevant sectors, including the sub national governments, private sector, academia, development partners and civil society organisations; and was endorsed by the National Assembly and the National Economic Council, among others, adding it is a Nigerian document, accepted by all Nigerians.”

Finance Minister, Mrs. Zainab Ahmed, who spoke after Senator Udoma, was also quoted as saying that significant progress had been made with the implementation of many of the policy initiatives of government, citing the stabilisation of the country’s currency, consistent downward trending of inflation, increased foreign reserves, fiscal discipline in government, and a commitment to creating a conducive business environment.

Ahmed said there had also been increased revenues, adding, these developments have helped in increasing investor confidence in Nigeria.

She said that government officials are under instruction from the President to stay focused on the business of governance notwithstanding the upcoming elections.

He pointed out that the federal government had been working with the sub national governments and the National Assembly to introduce measures to improve the enabling environment for doing business; and indicated that these efforts have been acknowledged by the World Bank which, in 2017, rated Nigeria as one of the 10 most reforming countries in the world.

He also spoke about government’s determination to develop world class Special Economic Zones in each of the six geopolitical regions of the country in partnership with the state governments and the private sector.

Enelamah emphasised that ministers in the government are here to serve, and are easily accessible to address any problems investors may experience.

Edo State Governor, Mr. Godwin Obaseki, confirmed that state governments had been working closely with the federal government through the National Economic Council to create the enabling environment for businesses to thrive in the country.

“States are the laboratories where all federal government policies are being implemented. They are the platforms for practicalising the policies and initiatives brewed in Abuja”, he said.

“The sub national governments are also driven by a sense of urgency to grow the economy, Obaseki was quoted as saying, adding, his priority, as a governor was to build the capacity of his people and attract investment to his state which is strategically located as the gateway to both the eastern and western parts of the country, as well as the North central region.”

The event which was organised by the Nigerian Investment Promotion Commission (NIPC), was moderated by the President and Chief Executive Officer of BCIU, Peter Tichansky.

The Edo State Governor and the ministers on Wednesday evening participated in the Zenith Global Economic Forum on “Nigeria Open for Business,” attended by foreign investors, as well as some Nigerian business leaders.

On Thursday, Senator Udoma, Mrs. Ahmed, CBN Governor, Mr. Emefiele; the Director of the Debt Management Office, Mrs. Patience Oniha, and the Executive Secretary of NIPC, Ms. Yewande Sadiku, had a series of one-on-one and conference call meetings with more than eight high rate  investors to explain current happenings in the country as it affects foreign investments and assured them of policy consistency, adherence to global best practices and the safety of their investment in the country. 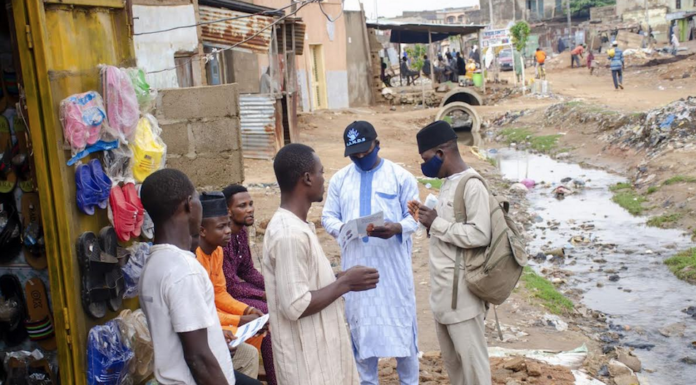